...especially for the start of Roman Saturnalia...

Today's Tale takes us to the alternative world of Roma Nova...
Three Thousand Years to Saturnalia
by
Alison Morton

This is an exclusive story that takes place after the end of RETALIO, the sixth novel in the Roma Nova thriller series. 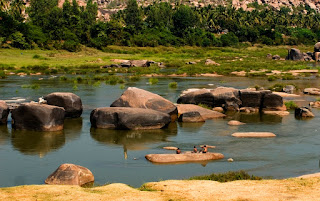 I was forged in rock and remained surrounded by rock until the river water and gravel wore it from me over thousands of years. When I lay bare, the first human plucked me out of the river. He seized me from the gravel and clutched me to him. I fell when somebody struck him and he dropped onto the river bank.  Another hand grasped me and thrust me into the darkness of his robe pocket.

The sharp tool pierced me, split me into two. No pain, but a sundering. Now I became twins. We passed from hand to hand, thrown out onto a dark cloth and offered to the highest bidder. We shone in the bright sunlight of the Indus Valley. We were admired, but regretfully never found a home.

Time flowed. We heard the name Yavanas. Brown hands passed us to olive hands, hands not quite fully finished. They spoke in soft lisping voices and wore pale tunics. One had light brown curling hair and blue eyes. We were wrapped in a shiny, slippery cloth, then back into the darkness. We bounced along in a waist pouch amidst shouts in a strange language. The smell of salt, and rhythmic movement, stillness, then came the crash and violent rocking of storms and anguished shouting of humans nearly devoured by fear. We do not count time but after a while, the rhythmic movement stopped and we juddered to a halt. The man carrying us hurried on to firmer ground. We were displayed again. The sun was bright, but not so hot and drenching in heat as in the Indus. An older man shook his head and among the lisps, refused us. We learnt we were among the Hellenes.

More time passed. New friends joined us and left us; some polished, some cabochon, rubies, sapphires, amethyst, carnelian, garnet, river pearls, peridot, rock crystal but no other diamonds. We were separate in our silk; we were the hardest substance in nature, gods amongst stones, never sold.

One day, we were off on our journeys again, the salt and movement of the sea. Still secure in a man’s waist pouch we docked. The shouting was harsher, more directed. Our man argued with grating voices which demanded taxes and fees. We moved again, this time on animals. The smell, the warmth from their bodies moving under us, the clip-clop of their hooves on stone roads.
Laid out on a dark cloth again, we shone in the sun. Pink, pale fingers rubbed us, dropped us in an almost white palm, dropped us back onto the cloth.
‘How much?’ came a strong, hard voice. Our man named a sum which meant nothing to us – we were beyond price. Some arguing, then we saw our man’s hand shake the pink one and he left us.

We are imprisoned. Surrounded by gold, we are fixed for eternity. Our solace is that we are together. The points of our splitting in the past face upwards and we shine in a new gold ring on display in a fine blue glass dish. In his vast hall we learn is called an atrium the strong voiced man summoned a younger man.

‘Paulus, this is for you to give to Antonia. The stones are called diamonds and have come from the east brought by that damned oily Greek merchant.’
‘Father, I didn’t expect—’
‘Well, you are my only son,’ the gruff voice said. ‘Diamonds are supposed to be divine and protect the owner from all kinds of mishap. So that should suit you.’
The younger one took our ring in his trembling hands. ‘The two stones will signify our love for each other.’
‘For Mars’s sake, don’t spout that lovey-dovey stuff in old Antonius’s presence. He’ll call the whole thing off and we’ll lose the land deal. Now we must get on. The decemvirate is posting their Twelve Tables today and Antonius is part of the ceremony. Come along, tell your body slave to fetch your toga and we’ll be off.’
The girl’s skin is soft and she strokes the ring gently the whole day of the feasting following the short ceremony of marriage. Her touch is pleasing. She leaves the ring on her finger through her household work, her couplings with Paulus, and three childbirths. On the fourth one she dies and we are buried with her, her baby and all the rest of her jewellery. Food and drink in earthenware pots are set by her side. Paulus weeps and is led away by his father now old, white-haired and walking with a stick.

Time passes, a long, long time. The girl had faded into mere bones. The rich cloth around her has rotted into the earth. We are still fixed in the gold but the ring is loose on her finger bone. Will we ever be free and shine in the sun again or have we returned to the earth forever?
Movement above us. Muffled voices. Not Hellene, not Latin, but soft yet staccato. A sharp edge of steel scrapes the girl’s arm bone. Daylight. Earth is removed.
‘Careful, careful. It’s a skeleton.’
More earth is removed, gently. The faces are pink, full of curiosity and energy. Their hands lay us bare.
‘Oh my god, it’s two, a baby and all that jewellery. Call the superintendent.’
An older man, whom they call the soprintendente dei scavi looks down almost lovingly into the grave, then his expression becomes sad.
‘Record it all as usual, then we’ll have to consider what to sell to fund it all.’
We have been scrubbed, albeit gently, with a liquid smelling like the latrines of Tartarus. Now our ring is perched on a red velvet stand in a locked glass case. We are flooded with light from above. We are in a slave market with bidders battling to own us.
A young man is egging them on; his face is flushed with excitement as he stands on his rostrum, his hammer in hand. At last the shouting has finished and we are taken away to our new owner.
The finger is as thin as the girl Antonia’s, but the skin is wrinkled and shrunk onto the bone. An old hand of an old woman. One day the hand is still and cold and our ring is slipped off.

We are approached by a curved glass many times bigger than us. Inside is an enormous blue eye, rotating. If we were human we would be frightened into our soul.
‘I agree, it’s genuine, about two thousand years old, I estimate,’ a woman’s voice in Italian says.
‘We have the provenance certificate from the dig in the late nineties,’ says a man.
‘My client will take it,’ she says.

A man called Andrea collects our ring one cold midwinter evening. We have been in the woman dealer’s safe for a week. At first, she can’t find our ring. The man’s voice in Italian rises in panic. He is in a hurry; he is late to travel with his parents, but he cannot go without our ring. The woman’s searching fingers eventually find us at the back of the safe. Our ring is slipped into a soft leather pouch then into his jacket inner pocket. Even through the pouch and his shirt, we can feel his heart beating hard.
The journey next day was fast, too fast and the engine vibrations shook us like an eternal earth tremor, but the man talked to his parents as if it were all perfectly normal.
After a short while we hit something on the ground for an instant but thank the gods, the noise stopped and fresh air flooded in.
Latin. We are back among Latin speakers. We haven’t heard that since the time of the girl we were buried with.
A short journey, then the warmth of a fire. Now the man is speaking.
‘Mama and Papa, Countess Aurelia, you know Silvia and I love each other. I am living with her in the Roma Novan custom as her companion. And today I’m looking forward to celebrating my first Saturnalia with her.’
Roma Novans? What are they?
‘But the love of two people has two sides,’ he continues. ‘I commissioned a search and yesterday, in Rome, I collected a very special piece from a friend in the antique business. It is a token of my love that I bring a Roman ring today across the centuries to my true love.’
Oh, he pulls the pouch out of his pocket and we fall in our ring into the palm of his other hand. He speaks again.
‘I am assured this is very rare, the diamonds do not sparkle as modern ones do, but my love outshines any diamond.’
But we do shine.
He takes a young girl’s hand. Her hair is dressed like Antonia’s from all those years ago. He slips our ring on her fourth finger, a soft warm skin. He whispers in her ear, ‘Now with these ancient diamonds for Saturnalia, we are married.’ She kisses our ring, and us, her eyes sparkling, then kisses him. 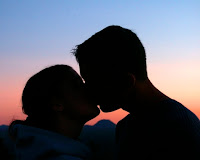 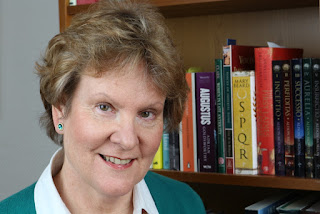 About Alison:
Even before she pulled on her first set of combats, Alison Morton was fascinated by the idea of women soldiers. Brought up by a feminist mother and an ex-military father, it never occurred to her that women couldn’t serve their country in the armed forces. Everybody in her family had done time in uniform and in theatre – regular and reserve Army, RAF, WRNS, WRAF – all over the globe.

So busy in her day job, Alison joined the Territorial Army in a special communications regiment and left as a captain, having done all sorts of interesting and exciting things no civilian would ever know or see. Or that she can talk about, even now…

But something else fuels her writing… Fascinated by the breathtaking mosaics at Ampurias in Spain and the engineering brilliance of the Pont du Gard in France, she was curious about the role of women in the complex, powerful and value-driven Roman civilisation. That started her wondering what a modern Roman society would be like if run by strong women…


Now, she lives in France with her husband and writes Roman-themed alternate history thrillers with tough heroines:

RETALIO:
Early 1980s Vienna. Recovering from a near fatal shooting, Aurelia Mitela, ex-Praetorian and former foreign minister of Roma Nova, chafes at her enforced exile. She barely escaped from her nemesis, the charming and amoral Caius Tellus who grabbed power in Roma Nova, the only part of the Roman Empire to survive into the twentieth century.

Aurelia’s duty and passion fire her determination to take back her homeland and liberate its people. But Caius’s manipulations have isolated her from her fellow exiles, leaving her ostracised, powerless and vulnerable. But without their trust and support Aurelia knows she will never see Roma Nova again.