* * *
HOORAY FOR HOLLYWOOD?
by Richard Tearle

Does anyone else cringe when they read that Hollywood's next blockbuster is going to be a film based on a piece of European (and, or more especially, British) history? Do you anticipate lines such as: 'Dare stands da house o' my fadder' or 'This truly was da Son of Guard'? Do you object to big name American stars playing Robin Hood, Spartacus, William Wallace and so on? Should the credibility of both hero and story be sacrificed for (almost) guaranteed box office success?

Or am I being overly biased in thinking that British Heroes should be played by British actors or actresses? And that scripts should stick as much as possible to either the true known facts, legend basics or the story of the book it is adapted from? Of course there are exceptions:  Meryl Streep, for example,  is an amazingly fine actress, can 'adopt' an accent at will and will still be convincing: witness The Iron Lady and the film about the woman whose baby was 'stolen' by dingos. So too Robert Downey Jr – Chaplin and Sherlock Holmes being good examples. The actor playing Uhtred in the TV series The Last Kingdom is German, but has enough of a Northern European 'accent' to carry it off. In my opinion. 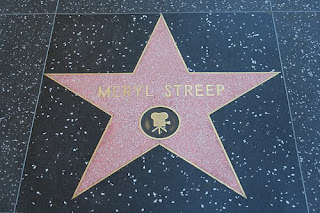 Let me throw it open to the authors amongst you. You are offered a large sum to sell the rights of your book to a Hollywood film company, but are allowed little or no say in it's stars or even some 'plot changes'.  Would you be happy with, say, Ryan Gosling as Jesamiah Acorne, Matt Damon as Alvar or Cameron Diaz as Aurelia Mitela or even Aethelflaed, fine actors though they may be? OK, names plucked out of a list of top box office stars, but you get what I mean. Would you be prepared to sacrifice the authenticity you have worked hard at to achieve in your books for the luxuries that a huge success could bring? It doesn't quite work like that I know, but again, I think you understand what I'm trying to say.
[Helen says: short answer. No.]

And yet. And yet.....as a child, I loved The Vikings and Spartacus (both with Kirk Douglas), Ben Hur, The Robe and other Biblical epics. Cleopatra. Historically, mostly hokum. But they had their effect, their charm, their visions of heroism and their colourful costumes, expansive sets and the fact that it rarely rained. Even in those days, the British actors involved spoke in the clipped, very-Queen's English. No regional accents at all. Is that preferable to some more recent TV or film versions, such as '300' which is all very dark and computer generated, yet possibly more realistic in terms of violence and costume? Another example: one of my favourite books is King Solomon's Mines by Henry Rider Haggard. At least three films have been made and all are very, very far from the original story. For one thing, Quartermain is 'a grizzled, old hunter'. And there are only two women in the entire book (no comments on that bit, please!): one is the evil Gagool, who is of 'indeterminable' age and the other is the beautiful Foulata who falls in love with Capt Good but sadly dies. How I wish someone would make the film the very story deserves!

And what about the sets and props? Have they never actually been inside a castle? Those of us who have (and I suspect that is most of us who are history buffs!), know that one does not simply 'bound' up and down the wide, shallow  steps, sword in hand knocking the villains into the stair well. Real castles have very narrow, winding staircases where you could not get two abreast, let alone have a fight! Heraldry was not really organised until the time of Richard III, yet we have these beautifully painted, garish and complicated shields, surcoats and horse trappings  and where the villain is more often than not seen sporting a shield containing a large black eagle whilst attempting to find 'Rarbin' Hood.

I'm just curious, you see. Curious to know whether anyone agrees with me or whether I just have some unworthy and unfounded dislike of Hollywood scriptwriters and directors destroying a good (or true) story and using stars speaking in accents that would not have been heard for, in some cases, many hundreds of years after the events portrayed.

In the excellent Mel Brooks spoof, Robin Hood: Men in Tights, the Hollywood star, Cory Elwes (who is, in fact, English!) says “Unlike some other Robin Hoods, I can speak with an English accent!” (Kevin Costner's 'Prince of Thieves' version had been released only a short time previously). Alternatively, my schoolboy chum, actor James Cosmo, said of Braveheart (in which he appears as 'Campbell'): “Historically rubbish, but great fun to do.”

So what do you think, authors and readers? And who would you love to see cast in the roles that you have created or would love to see filmed? (No, Helen, Johnny Depp has already done a pirate role and we don't want to typecast him now do we? Do we?)
Richard Tearle 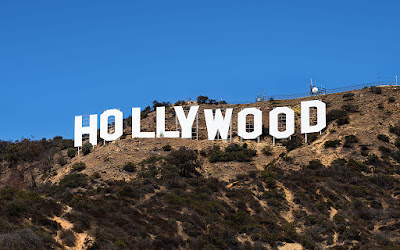 Leave your comments below, share a few thoughts of what you would like us to host on this reader-dedicated page - and please do spread the word that readers are heartily welcomed here at Discovering Diamonds!