A Thank you to BERNARD CORNWELL

It wasn't as a waitress in a cocktail bar that I was working, but as controller in a taxi office. Mid evening and business was slow, the television was on but not promising much. Enter one of the drivers: “Has it started yet?”
“What?” I asked.
“Sharpe! Quick!”
I changed channels and then watched one of the best two hours of television I have ever seen.

That was my introduction to Bernard Cornwell. I had not heard of him before, but now I was curious and over a period of time, I acquired all of the Sharpe stories so far written. Suffice it to say that waiting for the next instalment was almost agony at times. 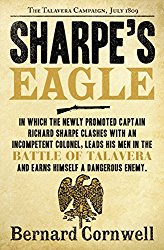 What made Sharpe so popular? Leaving aside Sean Bean, the excellent adaptations and charismatic stars for the television, the books were well paced, well written and always enjoyable. They were formulaic, buddy-buddy stories with the hero becoming involved in pieces of history which, hitherto, had not been an interest of mine. I didn't become an expert on the Napoleonic Wars from reading Sharpe, but it began an interest in the subject that I had not expected. And that has to be down to Bernard Cornwell.

I soon realised that the wait between new Sharpe books was longer because he was writing others in between. When I saw that he was doing an Arthurian trilogy – The Winter King, Enemy of God, Excalibur - I snapped them up. In these, he answered my question as to whether he could write outside of the easy-going Sharpe tales and discovered that not only could he, but had written what I had been wanting to see for a long time: Arthur, but in a much more realistic and plausible sense than I had ever read before. Yes, there are some familiar names there, but none of them in the traditional chivalric knights and gallant quests that I was used to. Gritty stuff that summed up the Dark Ages perfectly. 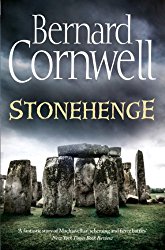 Over the years, I read of Thomas of Hookton in the Grail Quest series, the events of Azincourt and 1356, the building of Stonehenge and even the Victorian mystery, The Gallows Thief. The only ones I didn't try was the Starbuck series – one day I might get around to them.

I was well fed and bloated on the Cornwell catalogue.
And then came Uhtred.

The Last Kingdom was the first in this still continuing series. And what a début! Here was the historical period I wanted to read about, one that I had unknowingly craved! Uhtred, in loyalties, half English, half Danish.  Bitter in his loss of his inheritance, determined to win it back but always being deflected away from his goal – usually by a totally believable Alfred.

I didn't like Uhtred at first. He was arrogant, obstinate, a know-it-all and, to be honest, quite unlikable. But it wasn't until a couple of books in that I realised: that's how he is meant to be. That's how he and his real-life kind would have been like. Cornwell had hooked me again! He had given me a true warrior, an Alfred that had flesh and bones, my first introduction to a fabulous (real life) lady called Æthelflaed and a new derogatory term to mutter under my breath: Arseling. 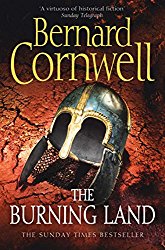 But Uhtred also gives us a bit of an insight into the man, Cornwell, himself. Adopted as a child he was brought up in a strict religious family and has admitted that Uhtred often reflects his views. Cornwell grew up with the novels of C. S. Forester and it was from him that he first got the idea of writing about the military battles of those wars. He became a teacher and then moved on to the BBC, working on Nationwide and becoming Head of Current Affairs in Northern Ireland before moving on again to Thames TV as an editor. He met and married his second wife in Edinburgh and, following their marriage, they relocated to her native United States. Writing then became his full time occupation and book followed book at a rapid rate. In the Honours List for the Queen's 80th Birthday, he was made an OBE.

I have not met Bernard Cornwell – nor ever likely to – but if I were a chat show host, he would be amongst my first guests.

Bernard Cornwell
Helen says: I have had the honour of meeting Mr Cornwell several times over the years that I have been a writer; he is a man of wit and charm, a gallant gentleman. And I am not just saying that because he was generous enough to give me an author’s quote for use with my books! 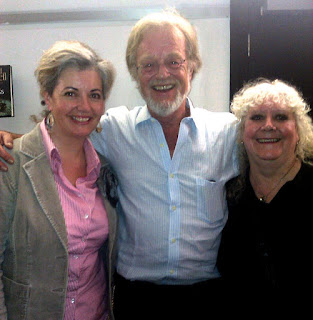