A Discovering Diamonds review of The Angel of Goliad by Jean M. Roberts 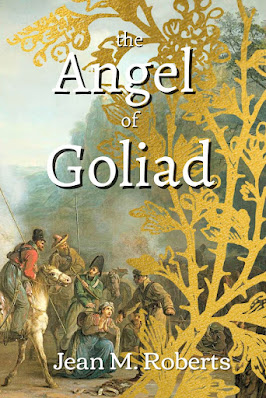 Amazon UK
Amazon US
Amazon CA
Amazon AU
Goodreads
Fictional Drama / Dual timeline
1800s / present day
Mexico /Texas
"Imaginary friends are not real—or are they?
A freak accident, a mysterious portrait and an imaginary friendship take Magda O’Toole on a journey of self-discovery. Her search for answers leads her to Toluca, Mexico, where she meets a handsome Professor, Miguel Villatoro, and encounters the ghostly apparition of a woman long dead.
Her desire to reconnect with a childhood friend pulls Magda into the past—it’s 1836 and the Texas Revolution gathers momentum. Trapped and unable to return home, she travels with the Mexican Army deep into enemy territory, witnessing the events of the war.
With only a tenuous hold on her old life, Magda must find a way to return to Miguel and her time. As she struggles to survive, Magda learns the true meaning of friendship, love and courage."
Magda O’Toole has been in a coma for four months. Upon awakening, she is hardly able to move. She asks for her friend, Francita and claims a Spanish or Mexican woman visited her often during her coma and told her stories and taught her Spanish, which she can now speak fluently.
Back in 1818, a young girl named Francita plays with a friend her mother can’t see who disappears in a shimmer of light.
When she recovers, Megan determines to go on the hunt for ‘Francita’ who has deserted her. In this effort, she has the help of Miguel Villatoro, with whom she falls in love. Eventually, she succeeds in going back to the past and reuniting with her friend. The problem is that she has gone too far and doesn’t know how to return to the present so she finds herself embroiled in Texas’s struggle for independence.
The dual timeline has been overdone, in my opinion, but I enjoyed this book. It is an interesting story of enduring friendship, our ties to the past, and comes with different perspectives: Mexican/American/modern woman who experiences and sympathises with both sides.
The only objection I have is to a serial-killer part. I understood why the author included it, but to me it was superfluous. I would have enjoyed the story just as much without it. All the same, a good four star read.
Reviewed for Discovering Diamonds 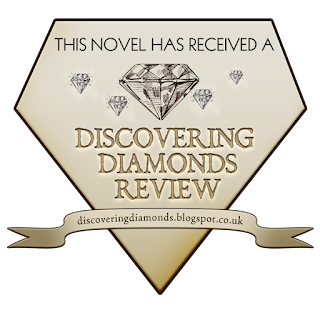