When Starlings Fly As One, by Nancy Blanton 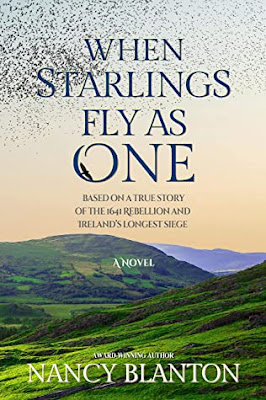 fictional drama
17th Century
Ireland
I am a fan of Nancy Blanton’s work, and this novel does not disappoint. When Starlings Fly As One strikes all the right chords for me: set in my beloved seventeenth century (and Ireland for double points), a perfect blending of historical fact in fiction, and a compelling romantic thread. Although the romance is not front and centre, it is still highly satisfying.
The foundation of the story is built upon the siege of Rathbury Castle in County Cork during the Irish Rebellion of 1642. This is a time when the Irish rose up against the English Colonial settlers to take back what was once theirs.
In the author’s notes, Blanton reveals that she intended to write the story from the Irish perspective, which is where her heart lies, but the more she delved into the subject, the more she saw the event from both sides. Without bogging the story down or diluting it in any way, Blanton showed us the tragedy from different perspectives: an honourable English colonialist and owner of the castle who was trying to do what was best for his people and his holdings; the Irish servants who were caught between loyalty to their people and loyalty to their English master; and occasionally from the Irish who were fighting to reclaim their birthright. At the centre of all this is Merel, a Dutch lady’s maid who offers the view as an outsider while keeping us deep in the heart of the tragedy.
Merel’s story of flying free is cleverly overlaid against the surrounding conflict. She is an orphan who has become a lady’s maid to an Englishwoman sojourning at the castle. Every opportunity she can, she explores the castle and the surrounding area, wishing she didn’t need to be a servant. Merel is beautifully drawn and becomes flesh and blood. Her hopes and fears live and breathe on the page. Blanton brilliantly allows Merel access to the castle and the inner workings of the unfolding events (instead of being only a distant observer), by giving her the role of eyes and ears for the lady of the castle who wants to be seen as relevant to her husband. This allows us to be in the heart of this siege, to participate in their desperate attempts to get relief from English forces and to experience the breaking down of relationships within the castle as things become more dire.
The romantic subplot between Merel and Tynan O’Daly is fabulous. Their relationship is tender and intensifies through the course of the siege. Tynan is the castle’s horse marshal, and he’s a wonderful three-dimensional hero. His loyalty is staunchly offered to those he loves and to the horses he regards as his children. And yet, there is still a sense of dread hanging over him as he is caught between the English he serves and his own people.
For those who may be hesitant to read about the realities of a siege, I wanted to assure you you’re in good hands. Blanton expertly conveys the very desperate straits these people would have faced and yet does so with sensitivity for the reader. There is plenty of wonderful drama to keep the reader turning the page.
Blanton’s writing style is a joy to read. Her dialogue is masterful, capturing the essence of a character and the Irish cadence in their speech. Even her characterization is wonderful. In describing Sir Arthur, the English holder of the Irish castle, “He seemed fierce to all who encountered him, but I had seen him sing a song with his young son Percy, and rub the belly of his favourite hound, Cal.”
When Starlings Fly As One is a well-crafted story and one that I’m eager to recommend to anyone who wants a gripping story and the desire to learn more about an aspect of Irish history rarely covered. 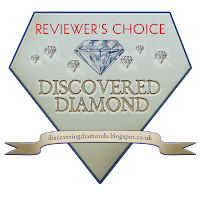