Sex and Sexuality in Ancient Rome, by L.J. Trafford

non-fiction
Ancient Rome
Sometimes the best way to learn something is through humour, and humour abounds in L.J. Trafford’s Sex and Sexuality in Ancient Rome, a highly-readable ‘survey course’ – but it doesn’t mask the serious scholarship behind the book.
As in most societies, expectations and realities differed by social class, and the moralists of the age held the populace to an ideal I doubt many reached. There’s a definite sense of ‘just like us’ when the beauty practices of the upper-class are described: the face creams and baths, the scandal of perfume (Nero apparently perfumed the soles of his feet!), the embarrassment of baldness for men (the comb-over isn’t a modern invention!) – and the hours spent on elaborate hair styling for women. Hair on the head was good; hair elsewhere wasn’t. But the price of all this was to be mocked by the poets of the day, were you a high-status man with a suspiciously smooth body.
The quotes from contemporary writers, often salacious, are part of the charm of Trafford’s book. Whether it’s Martial’s descriptive verses about Chrestus’s private parts, or Ovid writing about sexual dysfunction and (separately) female orgasm, this isn’t the Latin you had to translate in school.
Quotes from less exalted writers reflect the sex lives of Romans, too, in the form of graffiti. From Rome, from Pompeii and Herculaneum, men (primarily) wrote about their sex lives (or their wishes for their sex lives): two brothers boasting of good sex with two girls, or decrying their lack of partners. But sexuality in both graffiti and poetry was used to threaten, degrade, and make fun of people, too, often those in public positions. Because position mattered, both socially and sexually. The parallels between Roman attitudes and those of contemporary society (until, at least, very recently in some countries) is clear: even some of the insults are the same.
At the other end of the social spectrum were those with no choice in their sex lives: slaves. Trafford does not ignore this, again using quotes from contemporary writers to illustrate her points. Her discussion of Antonius, the Emperor Hadrian’s ‘favourite’ points out what many prefer to ignore in romanticizing it (and there is no doubt Hadrian sincerely mourned Antonius): he was a teenager with no choice. We have no idea how he felt about the relationship, an important point in what we know – and don’t know – about Roman sexuality. He had no voice, a limitation in our understanding, and not restricted to slaves: we know little about what women actually thought either. As Trafford makes clear, our view of Roman sexuality, its mores and practices, comes almost entirely from men.
Highly readable but full of information, I recommend the book to anyone with an interest in ancient Rome. Whether it’s read for entertainment, for research, or to compare and contrast with contemporary attitudes, I’d guess most people will learn something new.
Reviewed for Discovering Diamonds 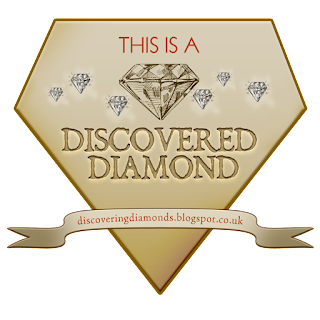