A MYSTERY OF MURDER Helen Hollick 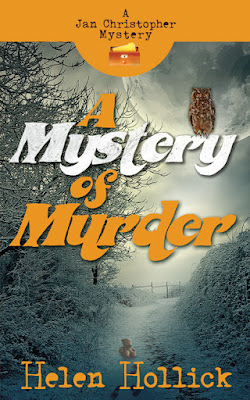 "Library Assistant Jan Christopher is to spend Christmas in Devon with her boyfriend, DS Laurie Walker and his family, but when a murder is discovered, followed by a not very accidental accident, the traditional Christmas spirit is somewhat marred...What happened to Laurie’s ex-girlfriend? Where is the vicar’s wife? Who took those old photographs? And will the farmer up the lane ever mend those broken fences? Set in 1971, this is the second Jan Christopher Cosy Mystery. Join her (and an owl and a teddy bear) in Devon for a Christmas to remember."
Independent reviews taken from Amazon

" - Further development of the central characters and their back stories, with an interesting jaunt down to Devon to spend Christmas with Jan's boyfriend's family.
- The introduction of some interesting new players.
- Evocative descriptions of life in rural Devon in the depths of December.
- A twisty plot with plentiful red herrings to allow the reader to solve the mystery alongside Jan and friends.
- Nostalgic and accurate depiction of a bygone era, really capturing life in 1971 (I remember it well!)
- Touching picture of Jan's world view at the tender age of 18 - how different the world looks for 21st century 18 year olds (of which my daughter is one!)
When so many books are so weighty these days, a nice quick read like this is refreshing and restful. I'm already looking forward to the next one!"
Debbie Young
"How much fun it was to read a story set in the long-ago era when I was a youngster. I remember the change from imperial to decimal that is mentioned. I love all the detail which has been so naturally introduced - no nasty infodumps, here, the details are filtered in, just as they should be. And, boy, does it bring back memories. A delightful tale. I look forward to reading more in the series."
'Highlander''
"After reading this, I feel that I've met the main characters myself, know them well, love them and have been taken back to their time and place. This is not a knife-edge thriller with a twist on every page. What happened in the plot, although intriguing, was for me secondary to the way the characters interacted. A family together over Christmas, loving, bickering, finding things don't turn out in the way they expected: what could be more real than that?"
'Charles M' 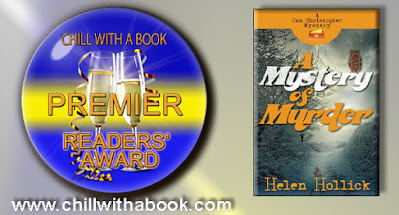