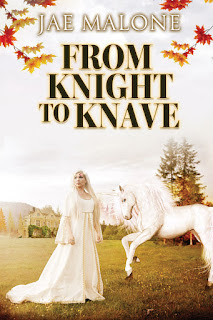 Amazon UK
Amazon US
Amazon CA not found
Amazon AU
Goodreads
only available in paperback
fictional drama / fantasy
various eras
Somerset / various locations
"Six separate stories, from 1357 to 1992, detailing events of the Maitland family of Winterne Manor. The Knight: Will Hallett, the English archer knighted at the Battle of Poitiers, to The Knave: Jerry Atkins, property tycoon and villain, who wants the manor. These are the back stories of events featured in the four volumes of The Winterne Series"
This is a book of short stories that expands on the author's previous Winterne series of semi-historical, semi-fantasy novels set in Somerset.
The stories are interesting, with engaging characters, but as I haven't read any of the main series I was left a little adrift at times. It was rather like arriving late at a large, well-attended party that was in full swing, and feeling somewhat lost as I did not know a soul there.
Each imaginative story takes the reader to a period in time where we meet different characters who were connected to Winterne Manor at that period. The research seems well done, with a nice blend of history and adventure, intriguing characters and interesting storylines. The downside is, if you haven't read the major books in the series these stories might be a little confusing. On the other hand, they were most enjoyable!
Just a personal opinion, but I think a little more detail about the book on Amazon wouldn't go amiss, and I strongly suggest an e-version (especially Kindle Unlimited) which would entice readers into the series itself. The cover was lovely, but perhaps a darker sky or background as the white figures do not stand out enough - is that a horse or a unicorn? I also found the images along the bottom of each page a little overwhelming, although those as chapter headings were rather charming.
In all, a well written good read, but for even greater pleasure delve into the main series first.
Reviewed for Discovering Diamonds
© Mary Chapple