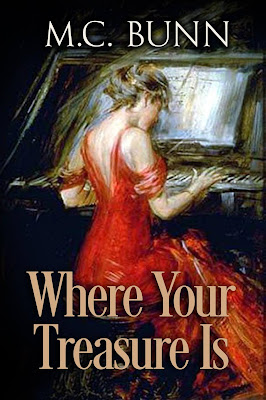 Romance
Victorian
England
"Feisty, independent heiress Winifred de la Coeur has never wanted to live according to someone else’s rules—but even she didn’t plan on falling in love with a bank robber. Winifred is a wealthy, non-traditional beauty who bridles against the strict rules and conventions of Victorian London society. When she gets caught up in the chaos of a bungled bank robbery, she is thrust unwillingly into an encounter with Court Furor, a reluctant getaway driver and prizefighter.  In the bitter cold of a bleak London winter, sparks fly. Winifred and Court are two misfits in their own circumscribed worlds—the fashionable beau monde with its rigorously upheld rules, and the gritty demimonde, where survival often means life-or-death choices. Despite their conflicting backgrounds, they fall desperately in love while acknowledging the impossibility of remaining together. Returning to their own worlds, they try to make peace with their lives until a moment of unrestrained honesty and defiance threatens to topple the deceptions that they have carefully constructed to protect each other."
I enjoyed this!
The blurb description goes on to say: "A story of the overlapping entanglements of Victorian London’s social classes, the strength of family bonds and true friendship, and the power of love to heal a broken spirit" which is exactly what I would have said had I the ability to think up such clever words! (I'm a reader, not a writer.)
I enjoyed the characters and their interactions between each other; the author very cleverly brought them alive as real people doing, saying, thinking, the sort of things that real people do.
This was something a bit different in the ‘girl meets boy’ traditional romance genre. Their life as youngsters in Norfolk and adults in London was portrayed well; I truly felt I was there in those Victorian streets and settings.
Would the characters truly have behaved as they did in Victorian times? Maybe, maybe not, but then, this is fiction and sometimes fiction is all the better for not following the expected ‘norm’. The point of fiction – whatever its genre – is to entertain, or at least to strike at the reader’s emotions, be it to bring enjoyment, curiosity or adventure – or maybe, even grief and tears. To  ‘thrill’ through crime, mystery or horror, or to transport into a different world of space, fantasy or romance.
It is a long read at 468 pages, but the novel entertained. So job done. And done very well!
Reviewed for Discovering Diamonds
© Mary Chapple
e-version reviewed