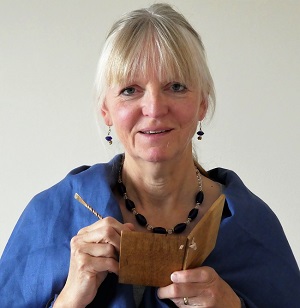 Hello Ruth, welcome to our Discovering Diamonds Guest Spot. Along with my readers and visitors I love to hear from authors who write wonderful stories. There’s nothing better than curling up with a good book,  box of chocs and glass of wine to hand!
Q. Would you like to tell us a little bit about yourself...
A. I had no idea what to do for a living when I left school, so I did an English degree, back in the days when students could get further education funded by the Government. Three years later I still didn’t know what to do (although I did know a lot more about Jane Austen) so I went to secretarial college and learned to type. Little did I suspect how useful that would turn out to be!
I now write a series of murder mysteries set mostly in Roman Britain, and in more normal times I try to spend time every summer on archaeological digs, telling myself it’s research.
Q. Where do you live?
A. On the North Devon coast. I don’t want to make anybody jealous, but I can actually sit up in bed and see the sea.
Q. If you had a choice to live anywhere – where would it be?
A. Right here.
Q. Modern house, old cottage, castle or something else?
A.  Modern house. I’ve had my fill of spiders and draughts.
Q. Cat, dog or budgie?
A. Cat. Which means we can’t have either of the other two – at least, not with the cats we currently have.
Q. Are you a ‘dining room for dinner’, or a ‘tray on your lap in front of the TV’ person?
A. Definitely a tray on the lap, and the latest episode of whichever box set we’re watching – at the moment it’s “Homeland”.
Q. TV preferences – documentary, drama, comedy, soap or thriller?
A. Ah, I see now that I should have saved that last answer for this…Anything that’s well-written, and where I can’t guess what’s going to happen next. Or something that makes me laugh.
Q. What was your first published novel about?
A. A Roman army medic arriving in Britannia for the first time. 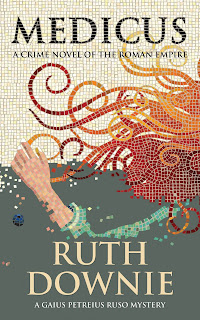 Q. What was your last novel about?
A. Er, a Roman army medic… still in Britannia, but he has managed to acquire a larger household that he knows what to do with, and an impressive list of solved murder mysteries. 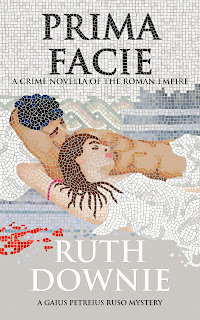 Q. Do you write in one genre or several?
A. Just the one, with the occasional break-out into a short story.
Q. Have you ever considered exploring a totally different genre?
A. Well… Before I was published I thought I might write a mega-bestselling literary romantic thriller, but then reality dawned.
Q. If you could, which two of your characters would you like to invite to spend an afternoon with you?
A. Oh that’s tricky, because my main two characters run throughout the series. So it should be Ruso and Tilla, but I’d be tempted to include Albanus the nervous clerk, and his cheery wife Virana. Valens, Ruso’s best friend, would be great company if he managed to turn up. If he didn’t, he’d have a plausible excuse and it would always be somebody else’s fault.
Q. Where would you go / what would you do?
We’d go for a walk up the local hill, which has the earthworks of an Iron Age hillfort on it. Although the earthworks were put up long before their time, I’d see if any of them knew what it was used for and why the defences don’t seem to run all the way across the hill. Then I would take them home for tea and amaze them with electricity and a tap that delivers instant hot water.
Q. How do you prefer to travel? Plane, boat, car?
A. Car. Boats are unpredictable and there’s too much sitting still on planes.
Q. You are out for a walk. You see a chap sitting on a wall, looking right fed up – but there’s something odd about him... What? And what do you do?
A. Well, this is a tricky one. How many other people are there around? How odd is he, exactly? I suspect if it was just him and me with nobody else in sight, I’d nod politely and keep walking unless he actually asked for help. And if he did, I’d make sure my phone was safely to hand. For someone who writes crime novels, I’m a bit of a wimp. But some years ago I wrote scripts for personal safety videos and one of the key messages was, “listen to your instincts”. (I bet that wasn’t the answer you were expecting, was it?!)
We have a long-running Radio programme here in the UK called Desert Island Discs on which celebrities talk about their life and select eight of their favourite discs... so changing that slightly...
Q. If you were shipwrecked on a desert island, what eight books would you want to find left in an abandoned hut? (There’s already a Bible, the Quran, and the complete works of Shakespeare)
1. The Road Less Travelled – M Scott Peck
2. Behind the scenes at the Museum – Kate Atkinson
3. The Lion, the Witch and the Wardrobe – CS Lewis
4. One of those big fat “Chronicle” history books with lots of pictures. Probably the one on Britain and Ireland. Perhaps I would finally get my dates straight.
5. The sort of book we used to use to identify plants before the Internet took over. Richard Mabey’s “Flora Britannica” would be lovely but perhaps not much use on a desert island.
6. Any of the Mick Herron Slough House spy novels.
7. Great Expectations - Dickens
8. Am I allowed the SAS Survival Manual? [Helen: yes OK!]
Q. What sort of island would you prefer, and why? (e.g. Desert Island... Hebridian Island...)
A. I think I’d need somewhere with water. So definitely not a desert, but the Hebrides would be a bit too bracing. How about a very small Channel Island?
Q. And you would be allowed one luxury item – what would you want it to be? (a boat or something to escape on isn’t allowed.)
A. A Djembe drum. 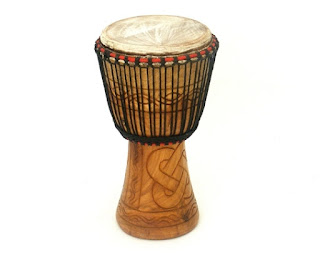 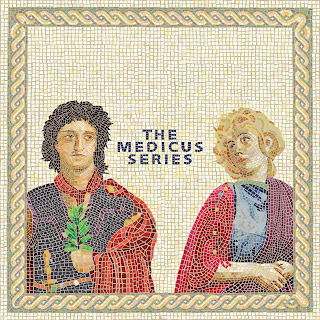