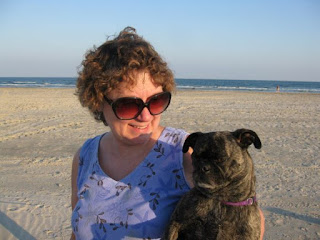 Hello Katherine, welcome to our Discovering Diamonds Guest Spot. Along with my readers and visitors I love to hear from authors who write wonderful stories. There’s nothing better on these long, cold winter evenings, than curling up with a good book in front of a cosy fire, box of chocs and glass of wine to hand. (Unless you’re in the southern hemisphere, in which case it’s still the wine, but a platter of cheese, crackers and grapes to hand, while stretched out in a deckchair in the garden on a warm, sunny, evening...)
Q. Would you like to tell us a little bit about yourself...
A. First of all, I’d like to thank Helen for inviting me to this guest spot. I am truly grateful for this opportunity. [My pleasure H.]
I like history, especially 17th century London, although I’ve dabbled in other eras. The richness of the 17th century London speaks to me as if I’ve lived there, experienced the important events that happened then.
Q. Where do you live?
A. My husband, puppy-dog, and I share time between Seattle and Austin. My husband worked for NASA in Houston and on the Space Shuttle from its onset to its demise. His family arrived in Texas before it was a state, before the Alamo, and when it was still considered Mexico. His homestead is there and we spend the winters when allowed and out of the Northwest’s rain. I ended up in Seattle due to finding work at the Boeing Company.
Q. If you had a choice to live anywhere – where would it be?
A. On a cliff over a roiling ocean, with soughing winds and birdcalls, maybe a clothes line over to the side, beyond the garden.
Q. Modern house, old cottage, castle or something else?
A.  A well maintained old cottage would be right up my alley, especially if it has some history attached to it. No ghosts please!
Q. Cat,  dog or budgie?
A. Dog. We have an adopted pug/chihuahua mix who is the best friend ever.
Q. Are you a ‘dining room for dinner’, or a ‘tray on your lap in front of the TV’ person?
A. Depends on the meal. If it’s a big meal, I prefer the dining room table. If it’s a snack type dinner and not too messy, in front of the TV is the best place to be, with my pile of crochet next to me.
Q. TV preferences – documentary, drama, comedy, soap or thriller?
A. I’m eclectic and like lots of different story formats. I enjoy sci-fi as long as it’s not dystopian or with zombies, historical documentaries, and a good drama with a good plot. I like Monty Python’s ridiculousness, and some comedy. I’m not much of a thriller or slash ‘em dead person.
Q. What was your first published novel about?
A. My first novel is about London in 1660 and how Viola copes with being abandoned by her husband and the changes the Restoration brought. It is out of print at the moment, primarily because I embraced the language too much. It is hard to read, and oops, I also found some historical mistakes. For instance, I inserted streetlights in London at the time when there were none to speak of. Any lights to guide a passer-by would be a link boy, who carried a torch, or lights in windows, and sometimes, on main thoroughfares, a light attached to a house. Oftentimes, home owners would forget to light their candles outside their doors, and it would cause stygian darkness where people stumbled along, trying to find their way. If the homeowner remembered, the street’s light only lasted as long as the candle’s wick remained lit.
Q. What was your last novel about?
A. Begotten takes place in ancient Sumer or Sumeria based on scholarly papers and archaeological digs in the area, It is a new genre called historical/fantasy and begins with a slave-girl on a planet whose sun is about to nova. She meets a man in the street as fireballs crash around them. Kessav tells Luna his wife won’t come with him to a new world, and Luna can take her place. With arms entwined, they leap off a cliff into a star gate of sorts to a new, fresh land. 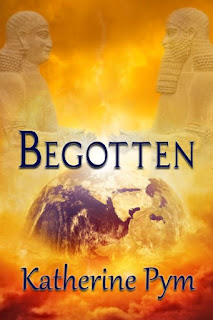 Q. Do you write in one genre or several?
A. I write in historical fiction or fantasy, and with Begotten, historical fantasy.
Q. Have you ever considered exploring a totally different genre?
A.  Begotten is in what I would call a completely different genre from my others. The Salt Box is another—YA fantasy, which is based on a fairy tale of how the seas filled with salt.
Q. If you could, which two of your characters would you like to invite to spend an afternoon with you?
A. Geoffrey Edward Hamilton, Highwayman, a poor maligned fellow trying to be bad but is good, who tries to gain the respect of his grandfather, and Celia, a healer from The Barbers. Her father gossips and snips hair in the shop’s front while Celia practices medicine behind a curtain. They are both interesting with fascinating backgrounds. 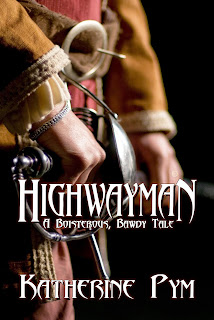 Q. Where would you go / what would you do?
A. I’d like to time travel to 1660’s London and to ancient Sumer. I’d stay long if there is a toilet and bathtub, shorter if not.
Q. How do you prefer to travel? Plane, boat, car?
A. Depends on where we are going. Plane if the route is long, car if short, and boat if I need to cross a lake and there are no streets.
Q. You are out for a walk. You see a chap sitting on a wall, looking right fed up – but there’s something odd about him... What? And what  do you do?
A. Having been a single female for years, I’d avoid him. If in a dream world or different reality, I’d watch him then ask: ‘Are you Humpty-Dumpty? Did you have a bad fall?’
We have a long-running Radio programme here in the UK called Desert Island Discs on which celebrities talk about their life and select eight of their favourite discs... so changing that slightly...
Q. If you were shipwrecked on a desert island, what eight books would you want to find left in an abandoned hut? (There’s already a Bible, the Quran, and the complete works of Shakespeare)
1. A Tale of Two Cities by Charles Dickens
2. A Knight in Shining Armor by Jude Devereux
3. Frenchman’s Creek by Daphne du Maurier
4. Man in an Iron Mask, by Alexandre Dumas
5. The Marble Fawn, by Nathaniel Hawthorne
6. The Beautiful and the Damned, by F. Scott Fitzgerald
7. The Defiant Lady Pencaval, by Diane Scott Lewis
8. The Boy Captives, by Clinton L. Smith
Q. What sort of island would you prefer, and why? (e.g. Desert Island... Hebridian Island...)
A. I’d prefer something like Maui, with the best snorkelling ever. Not too cold, not too hot, and not many biting insects.
Q. And you would be allowed one luxury item – what would you want it to be? (a boat or something to escape on isn’t allowed.)
A. A bookcase for all the books I’ll end up storing. 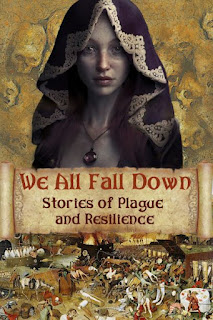