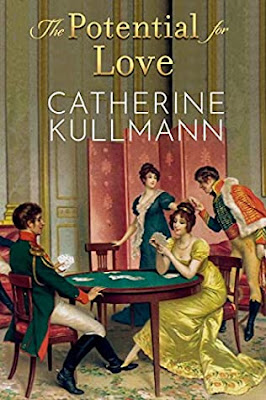 Thomas Ferraunt, newly returned to his family home at the end of hostilities in Europe, faces the decision of whether to continue in the army. The son of a country Rector, he brings news to the Malvin family that their son, Arthur, fallen at Waterloo, was properly laid to rest. Lady Malvin is very grateful, having feared that his was just another anonymous battlefield burial, and encourages Thomas to visit again. He and Arabella Malvin form a friendship based on long familiarity, but their different social standing precludes anything more.

When his financial circumstances prove to be rather better than he had imagined, Thomas decides to sell out, and to look for a home of his own. Increasingly drawn to Arabella, as she seems to be to him, he begins to nurture hope of marriage. He follows the family to London, where she is embarking upon her fourth season, and amongst the diversions of town, they begin to understand each other well enough.

However, another man has designs upon her, based upon his own coldly analytical criteria. When his presumption is publicly called into question, he remains determined to marry her, but an element of revenge darkens the game. Thomas's circumstances change once more, and Arabella is no longer sure that she will be comfortable as his wife. While she remains confused, the enemy stalks her, and sets his trap.

The Potential for Love is a traditional Regency romance, with all the usual elements of London and the Season, and a few darker ones beside.  Ms Kullman has clearly done her research comprehensively, and the reader is in safe hands with regard to setting and style.

There is a large cast of interconnected named characters with a hint of interesting histories between them, none of which are explained in this novel, which suggests that this must be one of a series. It would perhaps help to have read the author's Duchess of Gracechurch series in order to work out who's who. At the least, a cast list or family tree would be useful for readers who come straight in at this particular book.

This is one for those who like a slow comfortable read with a sense of threat lurking behind the curtains of Almack's.