A Discovering Diamonds Review of The Forgotten Sister by Nicola Cornick 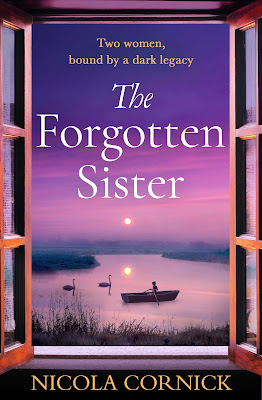 This reader is no fan of the Tudor period. In fact, I usually steer clear of yet another book set in a period that has been so over-represented in literature. Not that it isn’t a fascinating period—but more, in my opinion, because of how the break from Rome forged a unique English church and culture, rather less due to the supposed love story between Henry VIII and Anne Boleyn that caused the break. Truth be told, I am sick and tired of Anne Boleyn—which is why it is fortunate (for me) that Ms Cornick has chosen to feature another Tudor lady in her book, namely Amy Robsart, the unfortunate wife of Robert Dudley. Amy died young and already in her time there were rumours about Robert’s involvement in her death. After all, everyone knew that Robert Dudley was aiming much, much higher, namely for his queen, Elizabeth I.

Ms Cornick spins an elegant story out of Amy’s short life, expertly transporting us back to the 16th century, to a time of extreme political upheaval and a world where one misstep could result in execution. But already in the prologue she sets the scene for a far more complex story, one in which what happened to Amy has repercussions right into our own time.

Ms Cornick has chosen to write in first person for her narrative set in the 16th century, thereby offering us an intimate insight into Amy Robsart’s life. Here we have a woman with a huge appetite for life, who is brusquely relegated to the side-lines by her own husband who simply does not want her around as she hampers his style. Amy is young when they wed, remains young and hopeful for some time but begins to harden after the Dudley family is cast down in the aftermath of Lady Jane Grey’s extremely short reign. Amy’s youthful dreams of love and affection in her marriage never come to fruition. When Elizabeth becomes queen, Amy has long since realised that she is confined to a cage, kept well out of sight by her own husband. Robert Dudley has buried his wife in the country, wishing desperately he was free to truly pursue the woman he wants above all else: Elizabeth. In Ms Cornick’s version of events, Amy decides not to take things lying down and sets a series of events in motion. What these are and how it all ends I leave for the reader to find out for themselves.

It only took me a couple of chapters to fall in love with present day Lizzie Kingdom, this complex and damaged character who loves Dudley Lester as a brother and is absolutely shocked when she is hauled into the limelight after Dudley’s wife is found dead at the foot of a staircase, thereby eerily resembling how Robert Dudley’s wife died, several centuries ago. Lizzie and Dudley are celebrities, living their lives in the public eye and soon enough social media explodes with speculation. Everyone knows just how close Dudley and Lizzie are, everyone knows just how much more Dudley preferred Lizzie’s company to that of his wife.

Lizzie is hurt and confused by the public outcry. Ironically, it is Arthur Robsart who offers her support—reluctantly at first, because he does not want to like Lizzie, he wants to detest her for being such a permanent wedge between his sister and her husband. Sometimes, however, the heart recognises what the head refuses to see…

By depicting Lizzie’s emotional scars Ms Cornick gives us a modern insight into Elizabeth Tudor’s potential emotional baggage. Lizzie also lost a mother at the age of four, had a father who went from woman to woman and preferred to forget Lizzie existed. Just like Elizabeth, Lizzie retreats into being as perfect and unblemished as possible. Not for her sinful outfits or nights of partying wildly with men—no, Lizzie cultivates a wholesome, almost prim image. Not that it helps when things explode—just as it likely did not help Elizabeth when rumours began to fly about Robert Dudley and his potential involvement in his wife’s death.

Things are complicated by the elegantly added dose of the paranormal: Lizzie has the ability to read the past of objects she touches—if she chooses to open her mind. But sometimes, her gift overwhelms her, and the consequences when that happens put Lizzie in an extremely precarious situation. There she is, all alone against a world that has already decided she is guilty of something.

Was Robert Dudley responsible for Amy Robsart’s death? Did Dudley Lester shove his estranged wife to fall down the stairs? Well, dear readers, how can you possibly expect me to reveal that? I can, however, reveal that Ms Cornick does give us—and poor Amy Robsart—closure.
Ms Cornick delivers a beautifully written story where the two timelines are expertly woven together, the historical setting the warp to the present-day weft.  Two women, two deaths, and in the midst of it all stands Lizzie Kingdom, a woman with gifts that sometimes makes the past resonate far too loudly in our own time.