A Discovering Diamonds Review of In Northern Seas by Philip K Allan Reviewed by: Richard Tearle 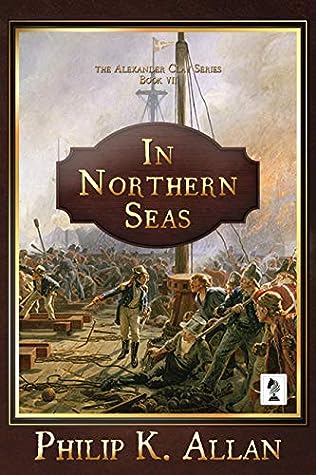 "There is a way to write a series such as this and Mr Allen has mastered that art."

This is, I think, the third book of this series that I have read and I have enjoyed every one of them - I believe there are seven in total, I will need to catch up!

Alexander Clay is the Captain of the frigate Griffin and, having been honourably acquitted of a court martial is assigned to convey an English MP to Copenhagen on a mission to try and persuade Denmark to leave a disastrous (for England) trade deal with Russia, Prussia and Sweden. But the MP, Nicholas Vansittart, is a little more than the humble diplomat he claims to be.  And it soon becomes clear that his valet has a few secrets of his own.

The voyage does, of course, not go smoothly. They are rebuffed at Copenhagen and have to sail to St Petersburg to negotiate with the weak and unpopular Tsar Paul.

In all this, captain and crew encounter ice-bound seas, a French privateer, Russian conspirators and even a blossoming love affair. All this culminates in the impressively detailed Battle of Copenhagen in which Admiral Nelson famously remarked that he 'saw no such signal'.

There is a way to write a series such as this and Mr Allen has mastered that art. To those who have read previous volumes, the characters are as familiar as old friends; those who are new will soon warm to them. The villains of the piece are easily spotted and justice is usually meted out. Another aspect is the ability to mix fact and fiction (Vansittart, for example, was a real person). Thorough research is imperative and here the author's is impeccable. Descriptions of the various voyages in different weather and conditions are excellent and characterisations fully believable.

I do have to say, however, that I found a dozen or so typos and the spacing between sections in a chapter was inconsistent - this latter should have been corrected by the publisher at the formatting stage. Neither of these, however, marred the overall impression and enjoyment of the story.

Fans of the great nautical writers -  Forester, O'Brien and Kent -  will relate to and revel in a new hero of the Napoleonic wars at sea.