A Discovering Diamonds Review of The Beauty Doctor by Elizabeth Hutchison Bernard Reviewed by: Mary Chapple 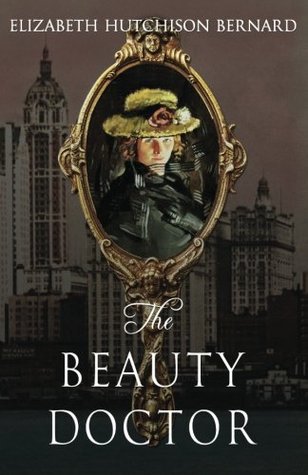 "I found it interesting that the ethical and moral practices of the Edwardian era were different from those of today, yet they are, in a way, very much the same"

“In the spring of 1907, Abigail Platford finds herself unexpectedly adrift in New York City. Penniless and full of self-doubt, she has abandoned her dream of someday attending medical school and becoming a doctor like her late father. Instead, she takes a minor position in the office of Dr. Franklin Rome, hoping at least to maintain contact with the world of medicine that fascinates her. She soon learns that the handsome and sophisticated Dr. Rome is one of a rare new breed of so-called beauty doctors who chisel noses, pin back ears, trim eyelids and inject wrinkles with paraffin. At first skeptical, she begins to open her mind, and then her heart, to Dr. Rome. But his proposed business partnership to build an Institute of Transformative Surgery with financial backing from an eccentric inventor and collector of human oddities raises troubling questions. Soon Abigail is ensnared in a web of treachery that challenges her most cherished beliefs about a doctor’s sacred duty and threatens to destroy all she loves. A suspenseful work of historical fiction grounded in the social and moral issues of the Edwardian era in America.”

As I am not a fan of cosmetic surgery – Beauty Surgery as it was termed  in the early 1900s – I was not certain if I would enjoy this read, but I was pleasantly surprised. Well written and engaging, it brought to mind several ‘arguments’ that were as relevant back then as they are today, and any novel that sparks a little moral discussion (even with oneself!) is worth reading.

I found it interesting that the ethical and moral practices of the Edwardian era were different from those of today, yet they are, in a way, very much the same: that craving to look perfect, to have a bump in the nose erased, unlevel eyebrows made symmetrical etc. The things that, really, shouldn’t be of importance, yet are to those who can afford to change them, are seen as essential to be corrected, despite the risk involved.

This was also a shocking book in the fact that the poor were used for experimental purposes, and of course, the subject matter deals with the fact that women, despite their ability, intellect or education were not permitted to tread in the footsteps of men where careers or anything outside of the home, charity work or marriage were concerned.

All in all a somewhat strange book, but an interesting, thought-provoking read.