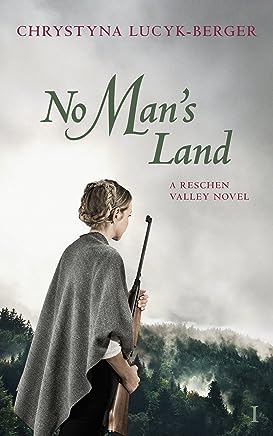 "Chrystyna Lucyk-Berger has created a thoroughly good read that shows how the re-drawing of Austria’s border after the Great War affected humble folk."

She wants her home. He wants control. The Fascist regime wants both.
Life in the mountains of the Austrian Tyrol in the 1920s is hard and uncertain. The climate and poor soil conspire against the farmers on the mountains, while politicians in their city offices conspire to take their very land from them. This is a novel about national and personal identity, about the importance of family, love and loyalty, and about how the livelihoods of individuals are at the mercy of those who do not even know their names. Chrystyna Lucyk-Berger has created a thoroughly good read that shows how the re-drawing of Austria’s border after the Great War affected humble folk, robbing them of their province’s autonomy, forcing them to adopt Italian as their working language and even Latinise their names.

Central to the story are Tyrolean Katharina Thaler, whose ambition is to own her grandfather’s farm, and Angelo Grimani, who is doing his best to avoid the tentacles of Mussolini’s fascists. Angelo owes Katharina his life, but his father, ‘the Colonel’ is determined to steal her valley for a vast hydro-electric damn.

Lucyk-Berger gives us Katharina’s daily life in well-chosen detail. Sparingly we see her milking cows, separating the curds and whey, then we see how she faces real dangers such as a marauding wolf after a new-born calf, and how she is unafraid to go out trapping animals for the pot knowing there is a desperate criminal on the loose. Katharina is strong-willed and brave, yet naïve and unsure of herself in matters of the heart. So, when she saves Angelo’s life and immediately falls under his spell, setting in motion a chain of events that link her remote farm to Rome, we know we are in for a deeply satisfying saga.

No Man’s Land is the first book in the Reschen Valley series. As soon as I had finished it, I started Book 2. All the characters, and there are many, are well-drawn. The main characters are complex and convincing; they each have flaws so one understands their doubts and joys better. The residents of the valley are each given a back-story so one can understand their reaction to what Katharina does, and how and why they resent the incoming Italians. Lucyk-Berger’s writing is economical and so right that the story seems real – which to a degree I know it is because I have visited that part of the Tyrol. At some points I felt I ought to check to see if the characters were genuine as well. This book would make an excellent television series. It is also an appropriate topic for these days. History repeats itself as we currently face another rise in heartless, nationalist populism.

If you are looking for a thumping good historical saga, this is a great summer read; well-researched with a star-crossed love story; absolute political villains versus a village of sympathetic characters you’ll want to succeed.
Definitely a Discovered Diamond.