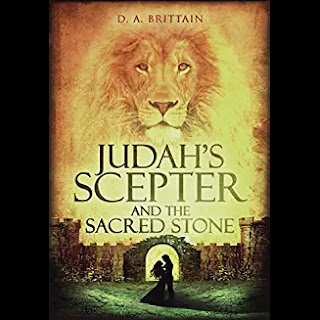 "What a pity Ms Brittain did not extend her obvious love of Biblical research to the factual research of the period. However, this was a story I enjoyed... It is a novel that will have appeal to readers who relish the retelling of Biblical tales."

The Kingdom of Judah. Jerusalem falls and the prophet Jeremiah leads a small band of refugees away from the carnage and into Egypt. Amongst them are the late king's daughters, Teia and Hannah. Before taking a ship in order to search for the new kingdom, Teia meets and immediately falls in love with Eochaid, a prince of a far off land called Erin. Only Teia, Ebed, her tutor and Baruch, Jeremiah's scribe, accompany the prophet on his quest and they encounter many dangerous obstacles on their way. They carry with them Jacob's Pillow – the stone that the prophet laid his head on when lying down to sleep in the desert. Meanwhile, Eochaid returns to his homeland to find that his father has died and he is now the High King and is immediately faced with dangers of his own.

Many of the characters in this tale did exist, and the author has skilfully drawn upon Biblical references and various myths and legends surrounding both the characters themselves and the stone. The action is constant – if a little fanciful at times – and the story is well put together.

There are some niggles though; several big ones in fact. For presentation, more than a few chapters ended on 'widow' lines – where only two or three lines appear on an otherwise blank page to end the chapter, giving a ragged, unprofessional finish. These are easily solved by skilled editing, shortening a sentence for instance. The line spacing between sections could be drastically reduced – again this is unprofessional formatting. These issues should have been corrected at the final proofread stage. A re-edit to tidy the appearance up would be a wise decision.

I also had concerns about the research inaccuracies for the non-religious scenes: sugar, chamomile tea and, as depicted in the glaringly inaccurate cover, the descriptions of British and Irish castles -  circa 13th century Medieval stone castles? Really? In 596 BC? Hill forts yes, castles, no. This is a huge error of inaccuracy. What a pity Ms Brittain did not extend her obvious love of Biblical research to the factual research of the period - another being that 'Britannia' did not exist as a concept until the 1st Century AD. So the basic background research should have been far better done. I also felt that the author rather rushed the final chapters, and some of the ‘Americanisms’ were occasionally irritating to this UK reader, (‘snuck’ as an example).

However, this was a story, so disregarding the factual research, it was a story that I did rather enjoy. This is a novel that will have great appeal to readers who relish the retelling of Biblical tales, although possibly with more appeal as a US reader's choice rather than the UK