An Inception of Piracy by Michael Calpino 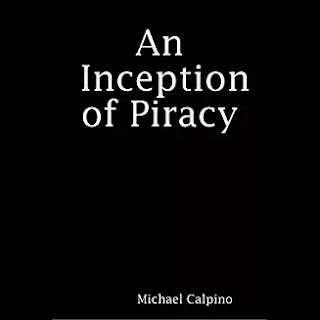 In the midst of the War of the Spanish Succession, Giovanni Bartolli sails as his father’s emissary to England to negotiate a trade deal with the Royal Navy. Although he has often accompanied his father on prior missions, this is the first opportunity in which success rides on Giovanni’s shoulders, and he’s determined not to disappoint his father. But England is a foreign place and bad advice leads him astray.
The Blue Pearl is not an accommodation for a reputable businessman, especially for one as inexperienced as him. Carousing with the inn’s patrons leads to overindulgence, which befuddles his brain. When he ventures outside, he is attacked and robbed of money and clothes – anything of value. Upon waking, he encounters a press gang that cares little about who he is and why he’s in England. All that matters is he’s young, able to work, and has no impediments.

He soon finds himself aboard HMS Vitol, where insubordination is not tolerated and he feels the sting of the 'cat' across his back. It matters not that he is innocent of the charge; the boatswain dislikes impressed men and Giovanni in particular. A brief respite from the persecution comes when the ship founders during a storm. Giovanni and some of the friends he has among the other pressed men survive, but so does the boatswain and his mates. Another English warship rescues them and, for a brief time, Giovanni sees a different side of the navy since this captain treats men fairly and runs a happy vessel. All goes reasonably well until an accident kills one well-liked seaman and maims another. The men from the Vitol are shunned and the tension thickens. Only the fortuitous appearance of an enemy ship resolves the problem; the English win and the Vitols board the prize and sail for home.

Another chance encounter with the enemy results in the destruction of the prize. Giovanni fashions a raft from among the debris littering the ocean. He also rescues two friends, one of whom is badly wounded. After days at sea, a merchant ship is sighted. A small lie is soon uncovered, leading to charges of desertion and mutiny against Giovanni. The moment the vessel docks in Virginia, the captain vows he will turn Giovanni over to the authorities and see justice at the end of a noose visited upon him.

An Inception of Piracy opens with hope and opportunity that is sabotaged by an unfortunate misstep with unexpected and dire consequences that forever change one’s future path. Each inciting incident intensifies the downward spiral into piracy, yet as anger rises, hope restrains. Calpino vividly recreates the time period and his knowledge of the past paints a realistic backdrop in which the story unfolds and the characters come to life. This historical novel is a gripping portrayal spiced with deep friendships, unexpected romance, and one man’s psychological struggle to comprehend the impossible.