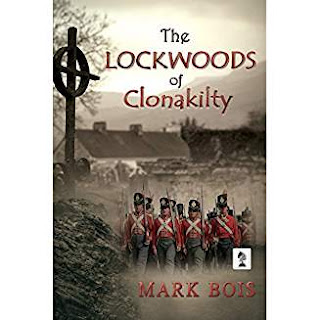 According to the doctors, he should be dead, but God and Lieutenant James Lockwood have other plans. Wounded at Waterloo, he returns to Clonakilty, Ireland to begin the slow road to recovery. His beloved wife, Brigid, and his five children, as well as their housekeeper, tend to his needs and get reacquainted with him after his long absence fighting the French. But the Ireland he left is not the same, and the peace he so desperately seeks is elusive. Rebels violently interrupt a dinner party at his father’s house and taunting letters threaten his family.

Charles Barr, once a captain in the British army, has been court-martialed and dismissed from service. He blames Lockwood for his disgrace – an added layer to the enmity he already feels for the lieutenant who married Brigid, the woman Barr wanted for his own. His jealousy and hatred intermingle with the syphilis attacking his body and he soon begins a downward spiral into violent madness. He sets in motion a vindictive plan to destroy not only James and Brigid, but their children as well.

Horrific accusations are made that threaten James’s career and his marriage. To avoid scandal, he is offered a position in India with the East India Company. Accepting the offer means permanent exile. To refuse means not only his arrest, but that of his wife as well. Cissy, his daughter, remains in Clonakilty to take care of their ailing housekeeper – a decision that puts her in grave danger because she’s the only one still accessible to Charles Barr.

The Lockwoods of Clonakilty is the second book in a series, but easily works as a stand-alone volume that transports you back to Ireland before the Great Famine. Bois’s three-dimensional characters sweep you into their lives, and he deftly guides them to a riveting climax filled with interesting twists. Like the seanachaís of his ancestors, Bois spins a tale that draws you into an inescapable web where unraveling the mystery and hate-filled vengeance of a madman becomes as vital as food and drink.