WHY DO WE WRITE? by Barbara Gaskell Denvil 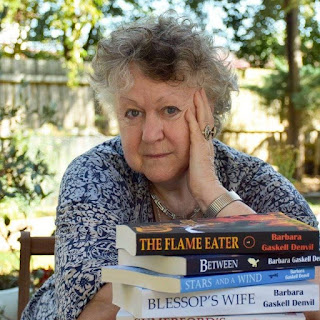 Why does anyone want to write books?

There’s no clear answer, and probably every single author has a slightly different motive. But mine are common enough, I expect, and will sound familiar to most.

The first and simple answer is – I write because I have to. Characters, stories, plots and situations shout at me from dreams, thoughts, and imagination. My head is never free of ideas for writing.

Second answer – because I love it. But there are times when I am so heartily depressed by it, I wonder why I haven’t ever given up. Rejections and failures certainly are the major snag, but there are also times during the writing when the book seems to fade away, I lose confidence and I am convinced I’m writing rubbish. And it’s damned hard work. Hard work has never frightened me (writing is certainly better than scrubbing floors) but it can be mentally exhausting. 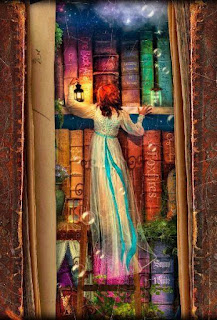 Now what about the more interesting reasons? Well, escapism is my main reason for reading, and writing is an even more satisfying form of escapism. After all, everyday life can be very dull. Working out the bills and making shopping lists – cornflakes or porridge – wow – how exciting is that? Washing the dishes, phoning up to complain about your internet connection, wondering if you are actually the same person as that ragged old wrinkled woman staring back at you from the mirror. If you don’t want to escape that for a little while, then you’re a masochist. Sometimes we are criticised for escapism, as if this is a form of refusing to face real life. But if you’re trapped in a Japanese Prisoner-of-War camp, then escape is plain common sense and you’d be called a hero.

Yes, reading is a beautiful form of escapism. You can read a book in a week – or even a day. But few authors can WRITE a book in less than three months. It usually takes me six. Escapism of the highest value and more fulfilling than the type you can’t control. I disappear into the worlds I create, and my characters become real to me. They communicate with me, awake and sleeping. I certainly grow to love them.

Writing is also wildly cathartic. I’m no Stephen King or J.R.R. Tolkien, more’s the pity! But I do often put disturbing scenarios and highly unpleasant killers into my books. This, I assure you, is not because I wallow in murder or horror. It is for the exact opposite reason. Writing about something takes away the fear of it, and stops unwanted thoughts creeping into my dreams. The world can be abhorrent, but the vile things some people do, and the bitter misery we encounter can all be a little diminished by taking these disgusting events by the scruff of their necks, and writing about them.

Some years ago a monstrous serial killer and his even more pitiless wife were arrested in Gloucester, a part of England very near where I was born and grew up. This was Fred and Rosemary West, and in horror and disgust I listened to the news broadcasts of what they had done, including the torture and murder of some of their own children. I was in tears for days. One of their poor daughters, later killed, had me weeping in agony even in my dreams. How does a killer’s mind work? How can someone commit such crimes? What is the motivation behind sadism?

The book I have just finished (IF WHEN) is not yet published, but will be on Amazon as soon as it is edited and finds its cover. Here I search the meaning behind such vile wickedness, contrasted with the love of two mature and delightful people. I found it upsetting at times, but intensely cathartic.

I’m not saying everyone should read such things. I’m just saying it honestly helps me to write about them. The shadows seem to creep away.

So I’m an author. Big deal. What else! Well, I am a highly enthusiastic time-traveller. Now there’s another whole glorious reason for being an author. It’s a form of escapism again of course, but it brings it’s own satisfaction, for research can be as fulfilling as the book you eventually write once you know the accuracy of your setting.

Please be patient with authors. We all have our failures, but we all work very hard to succeed. 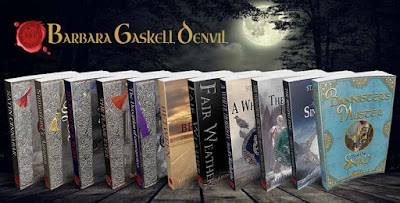