A Novel of the Bonus Army 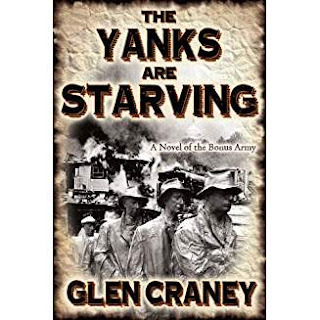 The Yanks are Starving is a novel set during World War I and its aftermath. It follows the lives of various soldiers, generals (Patton and McArthur), politicians, a journalist (Floyd Gibbons) as well as several fictional characters, during World War I and the Great Depression. The "Bonus Army" describes the efforts of World War I veterans to obtain their post war bonuses and the opposition these veterans faced from their former generals as well as the US government.

As this book was outside my usual historical area, I spent considerable time looking up the characters and events. The narrative is incredibly well researched and gives a thorough background on the events and characters of that era through the use of original sources and even some photographs.

The author tells the story from the points of view of several different characters, which works very well and ultimately, culminates in the confrontation of these characters.

The Yanks are Starving combines the best of fiction and history.