The Beekeeper's Daughter by Jane Jordan 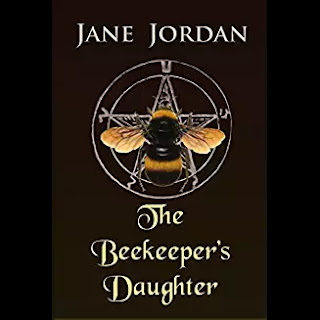 This title was shortlisted for the June Book of the Month

Well, set on Exmoor, of course I had to read this one!

The beekeeper’s daughter, Annabel, and the blacksmith’s son, Jevan, have a deep, almost obsessed, bond as teenagers. They are wild and impulsive, as you would expect from Annabel, who is the daughter of a witch. She has control over the bees, the weather, and feels deep betrayal when Jevan leaves for schooling in London.

When he returns, several years later, the heir to a local powerful family is courting Annabel – and then the trouble really begins!

The story has unsettling darkness, and the ‘witchcraft’ of Annabel’s connection with the bees is as much a part of the story as her relationship with Jevan. There is romance, mystery, and the occult alongside a battle of wills and supernatural forces. Add to that, the characters are vivid, flawed individuals who are victims of the Darkness of Evil, but they are also heroes – although to say more will give spoilers, if you are Ok with the supernatural element - read this one, but probably not a novel for those who prefer their romance as a light read. For those who like something more gritty, however…