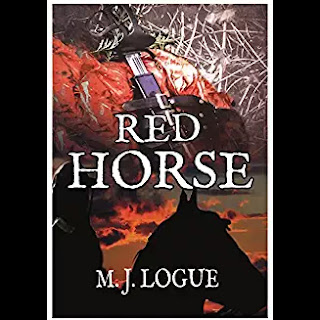 This title was shortlisted for the June Book of the Month

It is 1642, and England is hovering on the brink of civil war. As yet, no major battles have been fought, but the armies are drawn up, the King has raised his colours and called to arms. The Parliamentarian Army under the Earl of Essex is a motley lot, an uneasy partnering of men who burn for the cause and a rabble of mercenaries, most of them veterans of the Thirty Years' War.

Hollie Babbitt is one such veteran. Uncouth and bedraggled, this red-haired captain does not at all live up to Lucifer Petitt's expectations of an officer, and this young man can't help but wonder why his uncle the Earl of Essex has chosen to place him under Babbitt’s command. Some sort of punishment?

Babbitt wonders the same: why has he been saddled with Luce and what exactly is that prat Essex playing at?

So opens a story of soldiers and war, of understated bravery and loyalty among friends. All of this against the murky political waters of the times, at times utterly incomprehensible to those taxed with navigating through them.

After the battle of Edgehill, things change. Where before the men in the Parliamentarian Army were there just as much by chance as by conviction, the carnage of Edgehill hardens them. Babbitt loses his best friend at Edgehill. From that moment on, the war becomes personal – on the surface, Captain Babbitt fights for money, but within he screams for vengeance.

On the surface of things, Red Horse is a novel about the dirty and sordid matter of war. Men die, men are wounded; the rain pours down in buckets leaving everyone dirtier and muddier and sick and with festering wounds and with holes in their stockings and lice in their hair – in general, not the chirpiest of settings. The men are often cold and hungry, just as often scared and angry, and more or less constantly confused.

Not only does M J Logue present us with a detailed and tangible setting, she also parades quite the cast of characters before the reader, first and foremost Hollie Babbitt and his troop of scruffy, battle-hardened men, troopers who mostly don’t care who wins as long as they survive.

Many people have written books about war, about comrades-in-arms who stick together through thick and thin. What makes Red Horse so universally appealing is the other story, the one hidden within, so to say. That story is about loneliness, about the abject despair of having no family, no home, no-one who truly cares if you live or die. It is about being utterly alone despite the press of men around you, of living in an emotional vacuum that is so unbearable you no longer feel as if you exist. Hollie Babbitt is one such damaged man, and the way in which M J Logue depicts his situation is all the more effective for being so unsentimental. As I turn the pages, Hollie Babbitt not only takes on shape and colour, but he also becomes a person I develop strong protective feelings for – which he hates, just as he has problems accepting Luce’s compassion and genuine concern for him.

My only gripe with this book is the recurring head-hopping – it distracts from the story and is an unnecessary beauty spot on this otherwise excellent read. Still, M J Logue’s writing is somewhat addictive, which is why the next books in the series are already on my Kindle!