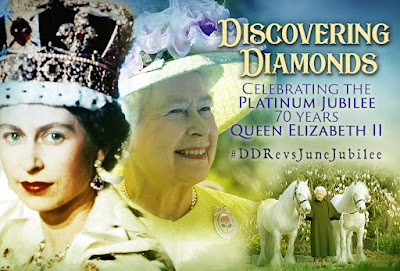 Today, an excerpt from 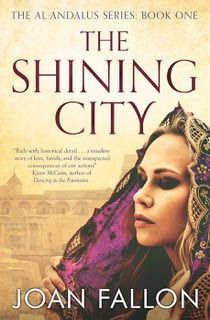 When he arrived, al-Rahman’s son and his ministers were standing by the throne, waiting for him and the walls of his royal reception room were lined by Palace Guards, all resplendent in their usual green and gold livery.  The guards were all tall men, mostly Slavs from eastern Europe who were, more often than not, referred to as ‘the silent ones’ because they spoke so little Arabic.  Their lack of culture made no difference to him; they were strong, brave men and they were loyal to the Khalifa.

He walked to his throne and sat down to await the arrival of his visitor.  The air was heavy with expectancy.  His son smiled at him and bowing low, said, ‘As-salam alaykum, father.  Here is your sceptre.’

He handed the royal insignia to his father.

Al-Rahman III looked around his reception room.  No visitor could fail to be impressed.  He sat on a raised throne at the end of a long room; above his head was a ceiling of pure gold, supported by two rows of red and white horseshoe arches, each one resting on a column of blue marble.  Behind him, was an identical arch and on either side the stucco-covered walls were carved from floor to ceiling in exquisite patterns of birds, plants and flowers, all delicately painted in reds and blues; the floor, made from the finest marble and polished like glass reflected it all back to him.  Everything about the room was a feast for the senses.  From the twelve gold statues, cast in the shapes of animals and birds and encrusted with precious jewels, that poured clear spring water into a huge green marble basin, a gift from the Emperor of Constantinople, to the suspended tank of mercury that dazzled the beholder whenever the sun’s rays touched it, it all spoke of wealth and power.

He raised his hand to indicate he was ready to receive his visitor.  The outer doors opened and in came the ambassador.  The ambassador advanced a third of the way into the room then stopped and bowed.  After a moment’s wait he walked the same distance and repeated his action.  Then and only then, following the protocol of the court, was he permitted to approach the Khalifa’s throne and kiss his hand.

‘Wa alaykum e-salam, Abd al-Rahman, Defender of the Faith.  I bring you greetings from my lord and master, al-Muti, Khalifa of the Abbasid dynasty and ruler of all Baghdad.’

Al-Rahman looked carefully at the ambassador.  Surely he realised that news had already reached al-Andalus that the Khalifa of the Abbasid dynasty was in trouble and that his kingdom was on the verge of breaking up.  Ruler of all Baghdad?  He was barely ruler of his own court.

The ambassador clapped his hands once and a stream of servants entered, each carrying a gift for al-Rahman.  These they placed on the ground in front of him: exotically carved ivory boxes, exquisite pottery, silver jewellery, gold amulets and much more.

‘This is most  generous of your master,’ al-Rahman said and motioned for his own servants to reciprocate.  ‘Please convey my most grateful thanks to Khalifa al-Muti.’

This was one way to show that pathetic ruler in Baghdad, who continued to call himself Khalifa even though his power had diminished, that al-Andalus was capable of sending him gifts that were even more magnificent than anything Baghdad could offer.  He leaned back and watched as his servants paraded past, showing the ambassador the wonderful gifts he was to take back to his master: embroidered textiles, bales of silk so fine that the light could pass through it, delicately woven cotton, richly patterned rugs, scented candles, ivory from North Africa that was finely carved with the names of al-Rahman III and al-Muti; there were saddles stuffed with precious aromatics, slaves and pure bred Andalusian horses.  All these the ambassador would take back to Baghdad as a sign of the Khalifa’s power and generosity.

Once all the intricacies of court protocol had been completed, Abd al-Rahman indicated that his ministers should withdraw and leave him and the ambassador alone.

‘So, ambassador, you have spent some days in Córdoba already, I believe?’

‘Yes, your excellency.  It is a marvellous city.’

‘I hope you had the opportunity to visit our universities.  They are the hub of learning for all the western world.  Savants and professors from all over the world come here to study.  Our libraries contain over four hundred thousand books.’

‘They are very impressive, my lord.’

‘I hope, ambassador, that when you return to Baghdad you will encourage your learned men to visit our city.  They will not be disappointed, I can assure you.  Muslim scholars are always welcome here.’

‘The fame of your city for wisdom and learning has already reached us.  I think you will find that many of our philosophers and writers are already here.’

‘Now that you are my guest, here in Madinat al-Zahra, you must stay a while and enjoy my new home.  You will find that everything you have seen in Córdoba has been surpassed by the beauty of this city.  We have created buildings that are truly unique.  My architects have taken ideas from Damascus, from our own Roman and Visigoth predecessors and put their own mark on them; they have created an architecture that is truly unparalleled in its beauty.  In centuries to come, people will look at my palaces and say, not that they are Visigoth palaces, nor Roman, not that they are Omayyad, but that they are the work of the Iberian Omayyads, of the khalifas of al-Andalus.’

‘Indeed they will, my lord.’

‘Now you must leave me.  My son, al-Hakim will speak to you about other matters.’

He watched the ambassador rise and bow his way out of his presence.  Later he would speak to Hakim and find out how his meeting had gone.  He knew he could trust his son to impress the ambassador and ibn Shaprut would be there too; he would work his charm on the meeting and make sure all went well.  Yes, those two men could be relied upon to impress the ambassador.  Of all his children, Hakim was the most sensitive and cultured.  His love of books was greater even than his own; it was his son’s dearest wish to expand the libraries both in Córdoba and here in Madinat al-Zahra.  Al-Rahman knew he would do his best to persuade the ambassador to send them more men of learning from the universities in Baghdad. 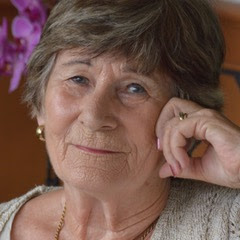 A history graduate, turned teacher and now self-published author, Joan's writing encompasses both historical fiction, contemporary women’s fiction, non-fiction and more recently crime fiction. Born in Dumfries, Scotland, she has been living in Spain for the last twenty-four years. Many of her novels are set there, particularly the historical ones which focus on two distinct periods in the country’s history, the Spanish Civil War and Moorish Spain. To date she has written and published seventeen books. She is a member of the Society of Authors and the Alliance of Independent Authors.