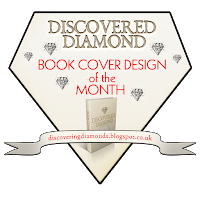 Fictional Drama
WWII / 1943 / 2018
Denmark
The Helsingør Sewing Club is an emotional dual-timeline novel which focuses on a less well-known aspect of the Second World War – how the Danish population rallied round to help and protect Danish Jews.
In the 1943 story, the author focuses on the provincial community of Helsignør (Shakespeare’s Elsinore) where its members wrestle with fear, inner conflict and their consciences as each strives to do the right thing under extreme circumstances. Inger Bredahl from Copenhagen takes a job with a bookbinder in Helsingør and lodges with her aunt and uncle at whose home she has previously spent holidays. The central friendship is with her cousin Gudrun and her friend Bodil – all very different characters and whose own stories illustrate the conflicting pressures on relationships during war and occupation.
In the 2018 timeline, Inger’s granddaughter Cecelie is in an emotionally fragile state. She is unable to have a child, which leads to her husband leaving her for another woman, and she is having to clear her beloved grandmother’s flat after the latter has died. Cecelie stumbles across a diary and a box with jewellery, and a name, which leaves her confused and wondering what her grandmother could have done to have this jewellery in her possession. Thus, the 1943 story is nicely introduced.
Germany occupied Denmark on 9 April 1940 and through a ‘cooperation agreement’, the Danish government and king functioned as relatively normal until 29 August 1943, when because of increased sabotage and resistance, Germany placed Denmark under direct military occupation, which lasted until the end of the war.
The Danish resistance movement, with the assistance of many Danish citizens, managed to evacuate 7,220 of Denmark's 7,800 Jews, plus 686 non-Jewish spouses, by sea to nearby neutral Sweden. A little more detail of this background would have set the context more roundly as life in early occupied Denmark appears much ‘softer’ than in other occupied countries such as France or, much worse, Poland.
This novel puts human faces to the historical story. We meet ordinary Danes – farmers, fishermen, artisans, local doctors, police officers, shopkeepers and the bookbinder for whom Inger works – who have managed to resist German occupation subversively but quietly including producing and distributing an underground newsletter and forging identity documents. When the relatively light occupation changes to a much harsher one and the persecution of Danish Jews, these same ordinary people become the ones to take overtly dangerous actions. You cannot help holding your breath.
Gyland's treatment of this story and its range of characters – the timid, the bold, the careful, the quietly patriotic, the vicious, the courageous, the risk-takers and the opportune – is compassionate and dramatic. The author does not shy away from the less happy sides of human nature, but she draws a very sympathetic picture of the goodness of ordinary people who risk internment in a concentration camp or a bullet in the head to save people they don’t know.
Cecelie in 2018 is well drawn and her environment very vivid. While I very much like the coming together of past and present (no spoilers!), I felt the modern romantic relationship was too quick to develop.
The title was puzzling and when mentioned for the first time in Chapter 20 in 2018, it seemed parachuted in. Perhaps it could have been integrated better within an earlier scene in the 1943 timeline?
The writing is excellent, clear and even stark when needed, and the period setting is well-crafted. You see the rows of house, hear the seagulls and smell the fish. This novel is well worth your precious reading hours. I think it will lead many readers to want to find out more about Denmark's unique history in the Second World War.
Reviewed for Discovering Diamonds
Ella Gyland also writes as Henrietta Gyland