Two Books Today - part one and two of a series 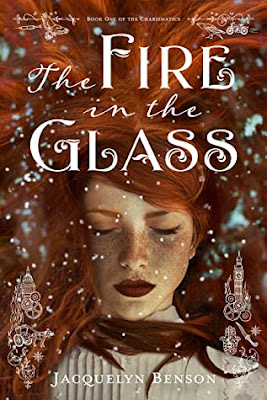 Amazon UKAmazon USAmazon CAAmazon AUGoodreads
Fictional Mystery/Historical Fantasy
Edwardian Era
England
Book One of The Charismatics Series
Lilith Albright, Lily, the bastard child of a stage actress and a member of the House of Lords, struggles to find her place in the rigid confines of Edwardian society. While Lily works to keep family secrets buried, she harbors another deep secret – she has visions of the future. After one such vision of the impending murder of her dear friend Estelle, Lily sets out to identify the perpetrator and do everything she can to change the future. As Lily follows various leads, she quickly realizes that her vision holds answers not only to preventing Estelle’s murder but also to a larger conspiracy as eugenics movements begin sweeping Europe. Lily also comes to learn that she is not the only one with unique gifts, as she is introduced to “The Charismatics.” Although Lily’s background makes her suspicious of others, she begins to let her guard down as The Charismatics support her in her dangerous quest to save Estelle.
Throughout the book, Benson introduces a fascinating cast of characters, including the charming Lord Strangford, and includes detailed descriptions that transport readers into daily life in Edwardian London. The plot balances the historic background of pre-World War I England while also keeping readers in suspense about what will happen next in Lily’s adventures. By the end of the book, I was left wanting to know what is in store for Lily and The Charismatics!
This promises to be an interesting series.
Reviewed for Discovering Diamonds
© Tina Minchella e-version reviewed 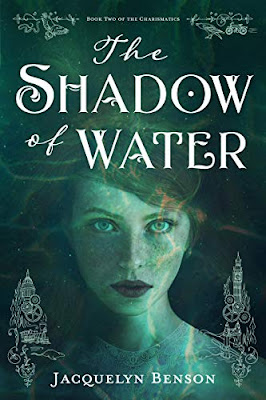 Amazon UK
Amazon US
Amazon CA
Amazon AU
Goodreads
historical mystery / fantasy
1914
London
Book Two of the Charismatics Series
Lily needs to destroy the papers of a rogue doctor who wanted to gain her power for himself, through whatever vile method possible. A follower of the heinous discipline of eugenics, Dr Joseph Hartwell deserved his death. Now his research has to be put beyond use.
Lily is a 'charismatic', and is guided by Robert Ash, a kind of Charles Xavier from X-Men but operating in 1914 with a group of other charismatics - people with extraordinary abilities. Lily can see the future; her lover, Lord Strangford, can feel people's minds and memories from touching them skin to skin, and can even pick up remnants from objects such as chairs. Estelle is a clairvoyant and Sam can communicate with animals. These are the powers that Hartwell had wanted to harness for himself. Between them, they find an ancient prophecy that foretells the destruction of London, adding to images that Lily has seen. Together they have to find out what is going on, how this destruction can possibly come to pass, and then find some way to stop it.
This is part two of a three part series and it can't really be read as a stand alone - you'll want to read the up-coming part three. But when you start it, if you haven't read part one, you won't have a clue what is going on. There's no backstory for some time. Many readers will stop here and give up; that would be a mistake. Because the characters are so well written, once the back story comes in and you begin to be drawn into the world Lily inhabits, you'll get hooked.
I loved this, but the idea of people with these subtle powers fascinated me anyway, and the writing is very good. However, and there is usually a 'but', the writer, I believe, is American (I've just looked and yes she is) and it shows. She's writing about London but refers to 'blocks' rather than streets, 'candy' not sweets, train 'cars' not carriages, so she's not thought enough about place to use the English versions of words where they differ to the American. And her research into the Houses of Parliament omitted that they were burned down in 1834 and rebuilt up to and including 1876, so in 1914, they wouldn't have  been 'ancient' but, at most, 70 years old. I live in a house older than that which doesn't feel 'ancient'. There is also a certain feel that suggests she's looking at maps and doesn't really know London. The selection of 'The Spaniards Inn' seems to be proving she knows about London rather than any real personal knowledge - it feels too obvious.
Otherwise, as I said, it takes time to get into but it is worth it - sort of The Thirty-Nine Steps meets X-Men.
Reviewed for Discovering Diamonds