Continuing our series about Betrayal: The Lure of the Heist, by Cryssa Bazos

I have a little secret... I love heist movies. Done well, they’re clever and have you rooting for people of questionable morals; or rather people of questionable morals, who would normally be the villain, have turned the tables and are carrying out the caper to right a wrong. Case in point, ladies and gentlemen of the jury, I present to you “The Italian Job”. As Mark Wahlberg’s character said, “It was never about the gold”. Instead, they planned an elaborate heist to enact justice from someone who once betrayed them.

Betrayal is a common theme in heist stories, so when the theme of this anthology was determined, I knew I had to try my hand at writing one. “Honour of Thieves” is a 17th century heist where James Hart, a Royalist highwayman, must break into Warwick Castle to steal a document, and in the course of that, finds a treasure to punish an old betrayer.

In writing “Honour of Thieves”, I had to plan out how James could break into Warwick Castle, a beautifully preserved and impenetrable fortress. At the time of the story, the castle had been used as a Parliamentary garrison, so that was a significant hurdle for a known Royalist to overcome. The entrance would have been patrolled by guards and fortified by a barbican. Multiple medieval towers ensured an unobscured view of the surrounding area. And part of the challenge was to figure out how it looked in 1650, since the castle had undergone repairs and renovations over the centuries. Fortunately, there are records of the castle that allow one to piece together the various changes and improvements over the years, but when that failed, the historians at Warwick Castle were helpful answering questions.

As with any heist, James needed a crew to help him succeed. I like to think of them as the Warwick 5, and all were poached from my first novel, Traitor’s Knot (although one does not actually appear, although his family does make an appearance). BeforeI started writing, I went through my cast of characters—the usual suspects—to determine whose talents I could use. “Honour of Thieves” takes place shortly before the main story of Traitor’s Knot commences, and I had a wonderful time reconnecting with James Hart. It felt like visiting with an old friend. During the course of writing this story, I learned a bit more about Henry Grant, the landlord of the Chequer and Crowne, discovered a new favourite character in Kit Rand, the groomsman who seems to know everything that happens in Warwick, explained why Warwick was without a constable in Traitor’s Knot, and finally introduced a delicious new villain who was overdue a healthy dose of retribution.

What happened, you ask? Did James pull this heist off? I will stop there and say no more. I invite you instead to read “Honour of Thieves” in Betrayal and discover the answers to those question yourself.

I’ll leave you with one thing. Remember, it’s never about the gold. 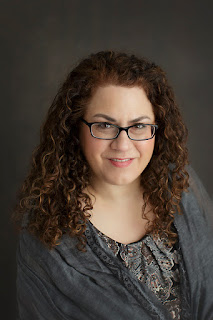 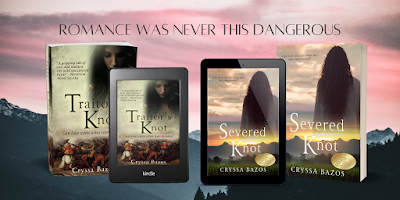 Read our review
available in other e-book formats here:
https://books2read.com/BetrayalAnthology