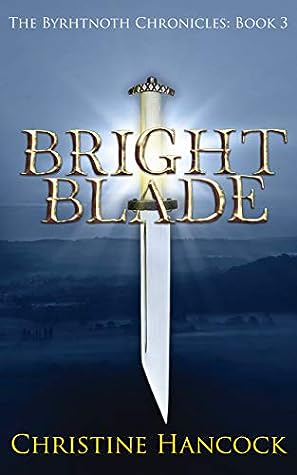 
"very readable and  a fast-paced story"

Thegn Byrhtnoth owes allegiance to his lord, Ealdorman Athelstan, and his king Eadred. He is, however, less than thrilled to be ordered to participate in Eadred’s attempt to retake the Northumbrian kingdom from the self-styled King of York. In the war, Eadred pits his army not only against the political North, but its people as well, giving his soldiers free reign to plunder, pillage, and rape indiscriminately.

Byrhtnoth has issues with this, partly because it goes against his personal sense of honor. When Eadred assigns him to repair ships in Devon to bring to the war effort, Byrhtnoth finds himself in the middle of a battle to revenge himself upon a man who harmed his wife (in a previous book) and a quest to find his long-lost father.

This novel is the third in the Byrhtnoth Chronicles series. While it was very readable and told a fast-paced story, I don’t think it is suitable as a standalone. There are references to events from the prior two books that attempt to fill in the gaps, but the information wasn’t adequate enough for readers who haven't read the previous two novels. There were a few anachronisms, such as the term 'girlfriend,’ which didn’t come into use until the 20th century. These are relatively minor quibbles, though, as the plot and action were engaging and the characters are generally intriguing enough to make readers want to learn more about them and what happens in their lives.

Apart from those occasional anachronisms the historical detail was precise and layered. I enjoyed reading about the Anglo-Saxon culture and the ways in which their political system worked. Some references to other very well-known texts, such as Beowulf, added depth to the story. Additionally, the details of the treatment of one specific wound (which I won’t detail further to avoid spoilers!) aligns with archaeological evidence from the Wharram Percy site, to the northeast of York. It always thrills me to read historical fiction that blends in actual practices and is based on evidence from the historical record.

There was not much character development, but this may have occurred in the previous books as this one is obviously a continuation saga. The story and writing were compelling enough that I plan to backtrack and read the first two installments in the series. The writing itself and structure of the book draw readers in and encourage them to keep reading, as the chapters are quite short.

Overall, a pleasing read about one of the more well-known Anglo-Saxon lords. I suggest starting at the beginning, though, for readers interested in this period and subject - no problem if you have already enjoyed the first two though!