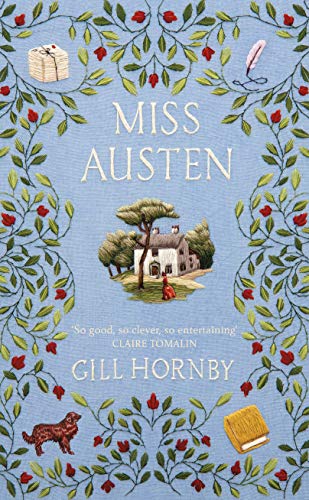 Gosh, where to start! This novel - incidentally, written by author Nick Hornby's sister (talent runs in the family) - tells a story of what Jane Austen's life may have been like, told through the eyes of her sister, Cassandra, and their letters.

Cassandra has gone to stay with a relative, Isabella, after the death of Isabella's father, the incumbent vicar at Kintbury in Berkshire. It is a perfectly legitimate reason to visit, to sympathise and help Isabella pack up the vicarage now it has passed to the new vicar who wants to move in before the accepted two months has elapsed. However, Cassandra has another reason for being there - the letters that passed between her and Isabella's deceased mother, and her sister, Jane. These cannot fall into the wrong hands, else the world will discover a side to Jane that Cassandra does not want it to know. And as they were very close and were rarely apart, the world will also find out all about her in the process.

Despite being a fan of Austen, I know little about her life, only that she did indeed write a lot of letters and that she died tragically young, unmarried, despite being asked. That being the case, it wasn't until I reached the useful Author's Note that I discovered just how accurate Ms Hornby has tried to be in her portrayal of the extended family and the movements of them around southern England. What we can't ever know, and yet Ms Hornby has done a fabulous job at giving huge hints, is how far these relatives influenced Jane's characters in her novels. As we read, we meet those characters in the flesh - Mary who has definite touches of Mary in Persuasion, Eliza shows far too much of a Mrs Dashwood the younger, their mother is Mrs Bennet personified. And yet there are still nuances in them that show them as mere influences, and not caricatures of those well known characters. Spotting them is such fun!

If you like Jane Austen, you will love this and forget even that it wasn't written by Jane herself. You come to know her, and Cassandra, learn so much about the realities of female existence in the first half of the eighteenth century, and an awful lot about vicarages.