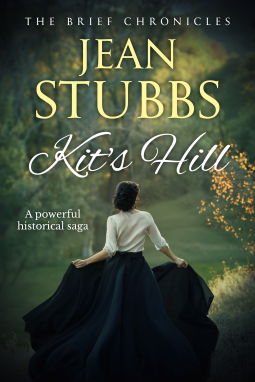 "What Poldark did for Cornish tin-mining, Kit's  Hill does for Lancashire farming."

"As a genteel woman with an education but no dowry, Dorcas Wilde has resigned herself to a life as the companion of her spinster aunt. However, when she receives a proposal from Ned Howarth — a kind yeoman farmer — she puts aside her prejudices and agrees to become his wife. The couple’s family and friends all disapprove of the match. And as the mistress of Ned’s farm, Kit’s Hill, Dorcas feels isolated and unwelcome. But as she learns more about the land and the household, she begins to find ways to put her shrewdness and education to good use… Can Dorcas find her place at Kit’s Hill? Will she and Ned find true happiness together? Or will they come to regret their hasty marriage?"

The late 1700s were not a good time to be a woman: if you had a good marriage you were lucky, if you survived childbirth you were lucky, if you decided to take an almost stranger as a husband because the alternative was being an unpaid skivvy to a crotchety old bat - and despite the odds and the disapprovals - soon realised that you had made the right choice, then you were very lucky indeed. I also thought myself very lucky to  read this excellent novel!

Apart from learning a lot about Lancashire farming in the mid-Georgian era, and about those early days of the Industrial Revolution, I enjoyed the novel because I immediately warmed to the characters (even the grumpy old Aunt) and eagerly read on to see what happened next - to discover whether Dorcas  had made the right decision when she accepted Ned's proposal.

This is not a romance in the sense of heaving bosoms and semi-naked men with six-pack abs,  the girl meets boy, falls in love despite difficulties, the love at first sight Mills and Boon story with (all too often) poor historical accuracy. Nor is it a fast-paced page-turner.But it is a delightful amble through the seasons and the last decades of the eighteenth century. From laundry day to market day, from sowing the turnips to harvesting the hay, we share the daily life of people who lived and worked, loved and survived the harshness of the time - and the Pennines. What Poldark did for Cornish tin-mining, Kit's  Hill does for Lancashire farming.

Perhaps in places it was a little 'author's voice', for you could hear the author's added 'asides' rather than seeing and hearing everything from the characters' points of view, but that is the nature of the story, and apart from a couple of 'spoilers' that were slipped in (which is a shame), I'm not bothered about that. The last chapters were a little disappointing. These suddenly skipped about a decade in order to round up what happened and I wish the author had not done so for it felt somewhat rushed. Far better to have kept Kit's Hill for Mr and Mrs Ned Howarth and incorporated these chapters in a completely separate novel. There is a Book Two (The Ironmaster), which I assume continues the lives of the Howarths into the era of the Industrial Revolution; maybe a trilogy would have been more suitable?

Having said that, the characters were brilliantly brought to life, the detail of everyday life intriguing, the authentic flavour of the dialogue absorbing and nicely done, enough to give a feel of a Lancashire accent without over-egging the pudding..

A most enjoyable read.