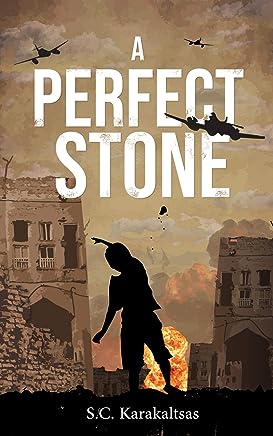 "This is a fictional story but based on actual events, and the author wastes not a word in evoking sympathy for those most vulnerable members of society, without ever becoming maudlin."

Nine-year-old Dimitri is exposed to the senseless brutalities of war when his father is taken away to prison for no apparent fault. Later he becomes one of thousands of children forcibly removed from their homes to save them from becoming victims of the Greek civil war. Accompanied by a few brave women, Dimitri and his friends make a gruelling trek through the mountains without adequate food, clothing or shelter and are exposed to bombs dropped from “blackbirds” as well as the risk of a chance encounter with soldiers who might or might not be sympathetic. The heroism and compassion of the children is awe-inspiring but never defies belief.

The story of the trek and Dimitri’s assimilation into a new life in a new country is told in the memoirs of Jim, an octogenarian of failing memory, who nevertheless retains a sense of humour. After a stroke puts Jim in hospital, his over-protective daughter, Helen, helps him to confront a past he has hidden and overcome a guilt he has carried for decades.

This is a fictional story but based on actual events, and the author wastes not a word in evoking sympathy for those most vulnerable members of society, without ever becoming maudlin.

I didn’t know there was a Greek civil war. And although I vaguely understood that children were sometimes evacuated for their own safety, I never gave a thought to how those children felt about being separated from their parents and how they may have suffered in other ways. I now know that P.T.S.D. is not confined to soldiers.

This book is the best kind of historical novel: engaging, enlightening and thought-provoking. Kudos to the author for a well-told tale.