For June: A Novel Conversation with Ruth and JJ Toner ,,,

Discovering Diamonds is taking a short break from reviews for the start of June... so to keep you entertained, and as a 'thank you' to our dedicated and enthusiastic reviewers who are authors in their own right (write? *laugh*) I thought you might enjoy a series of Novel Conversations with a few of their characters... 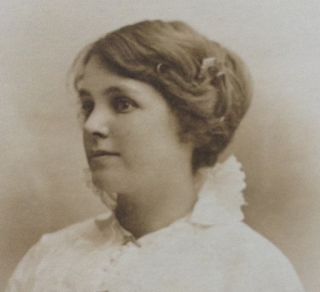 Q: Hello, I’m Helen the host of Discovering Diamonds Novel Conversations, please do make yourself comfortable. Would you like a drink? Tea, coffee, wine – something stronger? You’ll find a box of chocolates and a bowl of fruit on the table next to you, please do help yourself. I believe you are a character in JJ Toner’s latest novel entitled The White Knight. Would you like to introduce yourself? Are you a lead character or a supporting role?

A: A cup of tea would be nice, thank you. My name is Ruth Saxon. I am Jewish. I suppose I play a supporting role. The main character in the book is my husband, Kommissar Roland Saxon of the Munich police. He’s a gentile.

Q: What is the novel about?

A: The 1936 Olympic Games. Roland is called to Berlin to help with cleansing the streets and security for the athletes. Jesse Owens is the subject of death threats. My three-year-old son, Samuel, and I are living in cramped conditions with my cousin, Rudolf, in Austria.

A: Neither. At least I don’t think so, although I’m not sure what answer my husband would give to that question!

Q:  Tell me about another character in the novel – maybe your best friend, lover or partner … or maybe your arch enemy!

A: My husband, Saxon. He means well, but he has a ridiculous, paranoid view of the dangers posed to Jewish people in Germany in the 1930s. I can’t say anything about his politics – you understand why – just let me say he is not and never has been a member of the Party, and he is fastidious in carrying out his duties, enforcing the laws of the country without fear or favour. I am as proud of him as a wife can be.

Q: Is this the only novel you have appeared in, or are there others in a series?

A: There are three books in the series. This is the first full-length novel; the first two are short stories: Zugzwang and Queen Sacrifice. Samuel and I make fleeting appearances in them all.

Q: What is one of your least favourite scenes you appear in?

A: That would be the night that cousin Rudolf came into our room and tried to force himself on me. He was drunk. It didn’t take much to ward him off – I gave him a bloody nose – but the experience was unpleasant. Samuel slept through the whole thing, of course!

Q: And your favourite scene?

A: The reunion between Roland and me. Samuel made strange with him, which is hardly surprising, since they hadn’t seen each other for six months.

Q: Tell me a little about your author. Has he written any other books?

A: JJ Toner has written five World War II spy stories. Of course, these are totally unrealistic. I believe they call it fantasy fiction. Adolf Hitler is too level-headed to lead Germany into a new war.

Q: Is your author working on anything else at the moment?

A: I’ve heard a rumour that he may be planning a series of Science Fiction stories about an Android technician.

Q: How do you think authors, such as your author, can be helped or supported by readers or groups?

A: Indie authors like him need all the help they can get. There’s nothing better than a person to person word-of-mouth endorsement or a glowing review on social media. Subscribing to an author’s email list helps, as it gives the author a direct conduit to his/her readers. Reader groups on Facebook are good places to hang out with authors, too.

Thank you Ruth, it was a pleasure talking to you. Would your author like to add a short excerpt?
And while he is doing that… chatting is thirsty work, would you like another cup of tea…?

I received your letter. I’m happy that you have been chosen for such an important job. I’m sure you will do it well, as you do everything you set your mind to. Samuel and I both miss you terribly. We cannot wait for the day when we can be reunited as a family again.
Cousin Rudolf’s apartment is small, and not designed for a lively three-year-old. His glass-fronted cabinets are stocked with porcelain and other fragile objects. I’m sorry to have to tell you that Samuel has broken two of his most treasured figurines. Cousin Rudolf is most unhappy about these losses, and I fear there may be more to come. There are so very few places where we can hide these shiny items away from an inquisitive child.
Cousin Rudolf has some irritating habits that I find infuriating. First, he smokes a large Meerschaum pipe that fills the apartment with choking smoke, which I’m sure cannot be good for the lungs of a growing child. Second, he drinks to excess. Honestly, some nights I’m afraid to sleep in case he loses his natural restraint and comes into our room. Third, he plays his gramophone records endlessly. I enjoy Wagner as much as the next person, but it grates when he plays the same pieces over and over and over again.
Worst of all, he treats me like a servant. Apparently, I must undertake all his domestic chores in boundless gratitude for the enormous favour he is bestowing on Samuel and me by allowing us to share his miserable apartment. Can you imagine how it feels to have to wash the undergarments of a stranger!
The past five months and eight days have been torture. I’m not sure I can survive much longer here without losing my mind.

All my love,
Ruth and Samuel 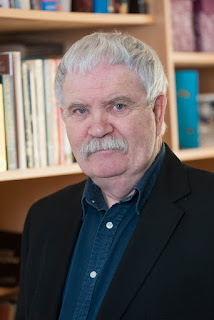