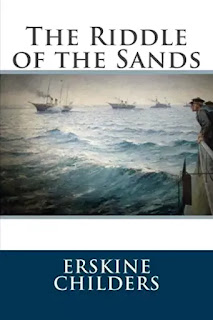 "Well worth a read. Though solid and steady in plot development, and quite skimpy on main characters, its historical and literary importance make it a book I am very glad to have read."


Riddle of the Sands, by Erskine Childers, was first published in 1903 and claims to be a diaristic account of events along part of the German North Sea coast, between the Emse and Jade rivers, north-west of Bremen. The story is fictional but was based on Childers' conviction that England was vulnerable to German invasion. The book turned out to be highly influential in its day, persuading both the general public and the military authorities of the risk. More generally, the book can be seen as a direct ancestor of many more recent spy novels, and so was pivotal in both the real and literary worlds. A purist would say that it was not historical fiction since Childers was writing about his own era rather than a past one, but the tale is rewarding in its own right.

The area where the action takes place is strongly affected by tides. Large tracts of sand become visible off the coast and around a row of offshore islands as the tide falls, and navigation is possible only along particular streams. The continual tidal changes drive a great deal of the plot.

Childers was, in reality, an accomplished yachtsman, and his mastery of the necessary skills means that his descriptions of navigating the ever-changing tidal waters are vivid and compelling. His protagonist Carruthers, on the other hand, is out of his element - his previous experience of boats consists mostly of alcohol-heavy inshore jaunts on immaculately neat vessels. His sidekick Davies is initially the one who motivates the plot, with his expertise in a boat, and his conviction that there is a German plot to be foiled. It takes time to get Carruthers energised, but when this happens, he throws himself whole-heartedly into the investigation, proving to be more bold and direct than Davies was prepared to be.

Now, Riddle of the Sands lacks some elements which a modern spy story would consider essential. So although Carruthers is sort-of like James Bond, and his Davies sort-of like Q in having specific technical skills that Carruthers needs, the rest of the Secret Service paraphernalia is missing. There is no M here - Carruthers and Davies basically decide to go off on their own initiative - and the only role of the senior civil service is to approve some extended leave. There are indeed disguises and a covert infiltration of the enemy headquarters. But there are no real fights, hardly anyone dies, and the threat is a potential future one, rather than some imminent collapse of the world order. Those things said it is easy to see how this story might have inspired Fleming, Le Carre, and others, to write their own books.

Fascinatingly, Childers himself was executed in 1922 as a spy and traitor by the British government, for his support for the cause of Irish Home Rule. Riddle of the Sands remained his only novel, though he wrote extensive quantities of intelligence and propaganda material for both British and Irish governments.

In modern terms, the book is slow to develop, and the last few chapters seem to go through at a breakneck pace compared to the earlier ones. It wasn't always clear to me how and why the main characters realised the real significance of particular clues, and so got to grasp the underlying plot. But as an example of an emerging genre, written by someone with detailed technical knowledge of his subject, and a passionate commitment to making the issue publicly known, it is well worth a read. Though solid and steady in plot development, and quite skimpy on main characters, its historical and literary importance make it a book I am very glad to have read.


Have you an 'old favourite' historical novel?
Send #DDRevs a review and we'll post it!
email Helen on author@helenhollick.net 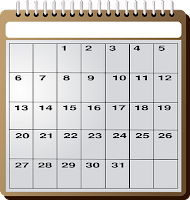 The statue of liberty arrives in New York Harbour, in 1885, a gift from France...
although she was in bits and had to be reassembled!

also
in 1579 Sir Francis Drake lands on the coast of California at Drakes Bay,
and names it "New Albion"