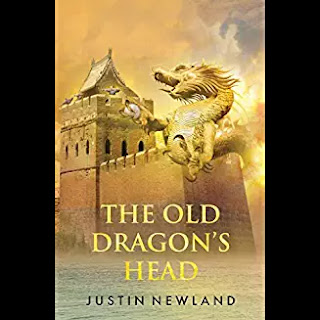 "...ticks all the boxes – murder, mystery, treason, glorious villains, reluctant heroes and more than a touch of the supernatural."

A stand out novel that ticks all the boxes – murder, mystery, treason, glorious villains, reluctant heroes and more than a touch of the supernatural.

Feng, the son of the town magistrate, witnesses the accidental poisoning of his father whilst at a banquet for the Prince of Yan, whose army prepares to pass through the Great Wall. Feng should inherit his father's positional duties, but is shamed by his ambitious deputy and the evil Chang is appointed in his place. Chang has issues of personal revenge on his mind and no one is safe.

Bolin is an impoverished son of a fisherman, conscripted to work on cleaning the Dragon's Head – the eastern end of the Wall - but he suffers headaches and visions, refusing to believe that he has 'yin-yang' eyes. Luli is a widow who possesses many gifts and it is these three who must work independently to try and solve the mystery of the disappearance of Dragon Master Wing twenty years earlier, find the Dragon Pearl and release the dragon itself.

There is not much time: the Mongols are gathering north of the Wall and they have their own talisman – The Blue Wolf.

I really enjoyed reading this novel – the action is constant and provides an interesting insight into Chinese culture, beliefs and superstitions. Bolin is on a voyage of discovery to find himself and his destiny whilst Feng, through a scroll left with Luli, finds out exactly who he is. There are some great cameos: the torturer, an old soldier and Luli's son, mute since witnessing the death of his father some years before. And there is just enough of a cliffhanger to warrant, I hope, a sequel.

With an attractive cover, I recommend this book, especially to those interested in Middle Ages China.