The Carpet Weaver of Uşak by Kathryn Gauci.

A Discovered Diamond
Shortlisted for Book of the Month 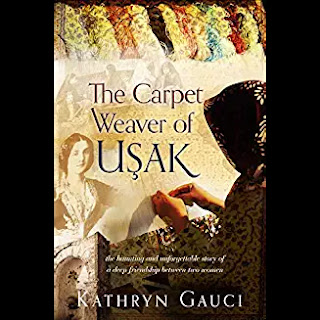 "I expected to enjoy this book and I did."

Family Drama
20th century
Anatolia and Greece
.
There are two villages in Anatolia. Pinarbaşi is Turkish, Stravrodromi is Greek. The only thing that divides them is a road. Their people live together in complete harmony. In reading about the relationship between the two villages, I got a sense that the march of time had left them behind. Mention of a caravanserai, camel trains, goat-herders, and the excitement produced in the women by a chiming clock, all suggest a simple people living simple lives according to a simple ethic: Help your neighbours; they are your family. They could as easily (apart from the clock) belong to biblical times.

The lifeblood of the two villages is the carpet-weaving industry. Aspasia, a gentle, curious woman weaves exquisite carpets. Her husband Christophoros, a proud, hardworking and generous man works in Uşac for a carpet company. They are an adoring couple, whose language is spiced with tender endearments. They long for a child.

Then a bullet fired in faraway Sarajevo changes everything. In the villages, no one knows where Sarajevo is or who Archduke Franz-Ferdinand is or why war has been declared. The young men are summoned to fight, the Ottomans side with Germany and Austria, the Greeks with Russia and the allies. They march away and many are never heard from again. The war also impacts the carpet industry as the women are called upon to turn their skills to making blankets. Production is reduced but even so, carpets stockpile. After the war, further hardship for the two villages begins, testing friendships in the struggle for survival.

There is great depth to this book. The author invites us to look at our lives with all our sophisticated toys and gadgets and ask if we are any happier than women who thrilled at the chiming of a clock. The horrors of war, the ruin and devastation it brings to ordinary people, is juxtaposed by the birth of a child and the hope it brings; and also with a delightful description of Anatolia in spring. I have no faults to pick except that there were a few grammatical errors or typos, minor things, but I think the copy I read was an ARC - a pre-publish proof copy, so these would probably have been picked up in a final edit.

In keeping with the characters, the writing is simple and concise, with no dramatic flourishes or superfluity. I expected to enjoy this book and I did. It’s a story of love, friendship, courage, loss and war, superbly told, set during an epic and tragic event I suspect few know about. I didn’t. 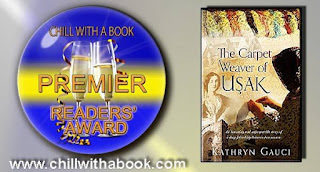