The Gathering Storm by Julia Brannan

Book Three: The Jacobite Chronicles
Shortlisted for Book of the Month 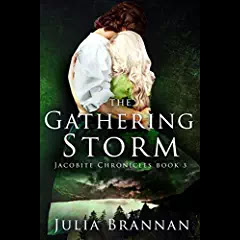 “The year is 1744, and Prince Charles Edward Stuart is stranded in France, his hopes temporarily frustrated, as the planned French invasion to restore his father to the British throne has had to be abandoned. The prince, frustrated beyond endurance, makes an impulsive decision that will change not only the lives of the MacGregor family, but the history of Britain, forever. “

Those of us who enjoy history, be it fact or fiction, all know of the Jacobites and Bonny Prince Charlie, even though we may not know the details or the players involved. Ms Brannan certainly does know the detail – and the players, and superbly brings them all to life with drama, romance, adventure, dangerous, sometimes even violent events, and a nice little touch of humour in places, all of which create that essential role of believability.

Beth and Alex are our main characters, the latter now struggling to maintain the secrecy of his spying for Prince Charles, while Beth discovers the intricacies of living as a Scots Highlander – but even the secondary characters are interesting in this third part of such an absorbing tale of conflict, love, hopes and dreams.

I thoroughly enjoyed Part Three, and look forward to Part Four, but I do wonder if new readers would be better to start at the beginning with Mask of Duplicity? The background history included in the Gathering Storm is stand-alone, but to get to know the characters, what they are doing and why, starting in the middle is perhaps not recommended. But then, all good things should be started at the beginning, not half-way through!

I dislike comparing one novel to those written by other authors, for each writer has a style and ideas of their own, but followers of Outlander (and, although an earlier period, Ms Belfrage’s timeslip Graham Saga) should enjoy Ms Brannan’s enthralling Jacobite series of adventures. 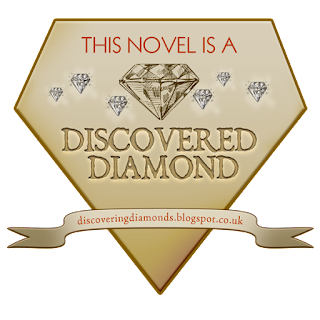