A Discovering Diamonds review of A Second Chance by Dodie Hamilton 'When Adelia, beautiful GI Bride, crosses an Ocean to be with a USAF pilot she takes with her a dark secret. Locked in her head is the identity of the father of her daughter, a US Major. When she reaches America, her fiancé, Bobby, isn’t there to meet her. He sent another man, the local undertaker, Gabriel Templar, in his place. Home in Virginia is not as promised. It’s a dirty place. It has a gated tower where a man hides from the light. It is crammed with secrets of its own. Adelia cannot remember her first love. Like the man in the tower, the memory of his face, how he used to look, is locked away. Amnesia holds the key to many doors. Adelia and her little daughter, Sophie, live in constant danger. Until one door is unlocked, and Lazarus returns from the dead, a lonely man with the name of an Archangel is all that stands between Adelia and fear.'

A Second Chance is a good story: A British war bride coming to live with an American soldier in 1942, despite hardly knowing him. She has her own secrets, an illegitimate child and on her arrival she finds a few surprises and mysteries, an absent husband and a hostile mother-in-law. The plot and the intrigue around the mystery kept me going throughout.

I felt that the overall presentation of the era and the characters was authentic and gives a great impression of war-time Virginia.


This is an enjoyable and compelling read that got me invested in the characters and, although being only one isolated such story, it gave me some fascinating insights into the psychology and reality of war brides. 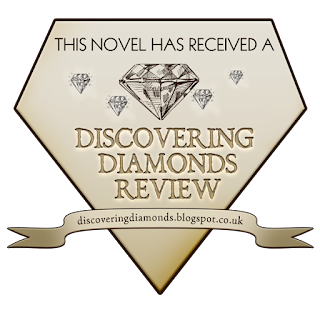