Sing a song of sixpence
Pocket full of rye
Four-and-twenty black birds baked in a pie . . .

For two years, the nursery rhyme has provided twenty-five-year-old Charity Westcott with her only safe haven from her abusive husband. But it provides little solace this night – not after she kills him while trying to protect her unborn child. The façade Lord Villemont projected to the world was far different from the brutality she’s endured, and no one will believe it was self-defense. If she can just get to Charles Town, South Carolina, her family will help her disappear. The closest she can get, though, is Nassau and so she boards the only ship sailing on the evening tide.

Charles, the new Lord Villemont, has no intention of allowing his sister-in-law to escape punishment for her crime. He just misses her in Portsmouth, and he’s already waiting for her when the vessel she’s on arrives in the Bahamas. But when he gets aboard, she’s disappeared. He circulates reward posters and anxiously waits for someone to betray her whereabouts.

Charity is appalled to find that Charles is also in Nassau. Taking only her jewels, she slips over the side of the ship into the harbor. She’ll swim ashore, exchange her jewels for cash, and book passage on a ship to South Carolina. Unfortunately, her plans go awry when a concerned gentleman witnesses her fall and jumps in to rescue her. The more she protests, the more attention she draws from the watching crowd. At the first opportunity, she disentangles herself from her knight in wet clothes and escapes, only to discover she no longer has the jewels. Then she sees her likeness drawn on the wanted poster and she desperately seeks out her rescuer.

Elias Dutton, reformed pirate turned preacher, is miffed when the beautiful mermaid leaves without even a thank you. Yet he can’t waste time looking for someone who should not be alone in this town, which was only recently civilized once Governor Woodes Rogers arrived and threw out the pirates. Elias promised his parents he would hasten to Barbados to help his sister, and he fervently prays he’s not too late. Getting a merchant captain to take him there, however, proves impossible until his ungrateful mermaid reappears…

Tyndall spins a riveting tale of betrayal, violence, trust, and honesty in this latest inspirational pirate romance. She vividly recreates Caribbean locales as they were in 1718, while the depth of her characters conveys just how complex we humans are. She mixes serious subjects with light humor in situations that are realistically portrayed, while seamlessly weaving religion into the story so it never intrudes and always shows the power of faith and prayer. Charity and Elias capture readers’ hearts with sincerity, smiles, and tears, while secrets, jealousy, and anger provide formidable foes for the duo to overcome. 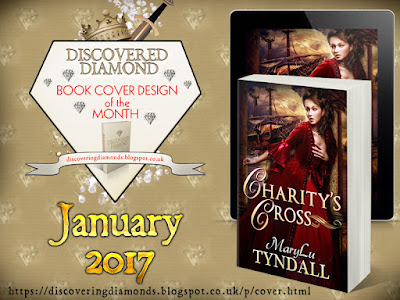